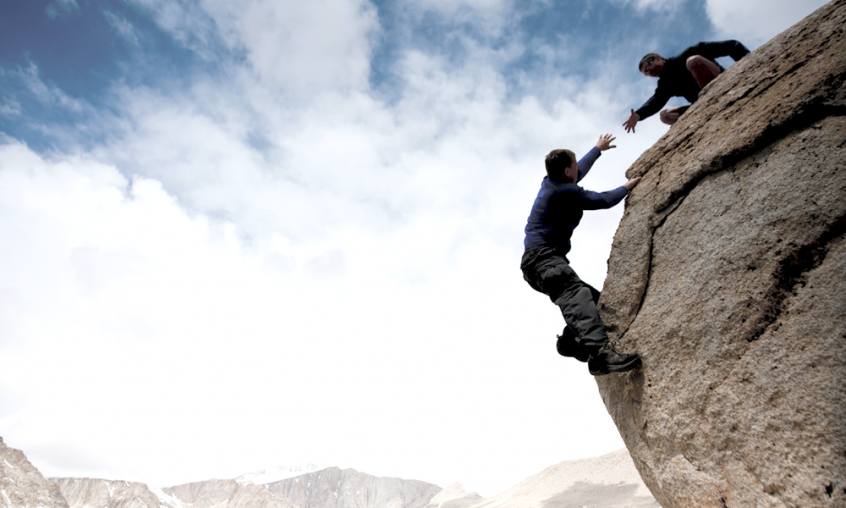 One of the darkest moments in my life happened when I was a youth. I got involved in something I shouldn’t have. Eventually, I was so convicted I spilled my guts to my mom and told her what I was struggling with. But I felt so ashamed. The pain of my embarrassment and guilt’s sting crushed me. I grabbed a bunch of my clothes, hopped in my car, and took off. I ran away from my problems and the people I had let down.

I wondered if God still loved me or if now He would be against me. I hoped it wouldn’t be the latter. I was disgusted with myself. Shame shouted that I was not worthy to be in God’s presence and that He could never use me again. And I believed it.

Can you relate? Maybe you’re thinking, “I’m right where you were.” The good news is there’s hope. My story didn’t end in that situation. I learned some things that allowed God to heal me.

God began talking to me about a fisherman in the Bible named Peter. When Jesus met Peter, Jesus asked him to leave his career and start fishing for people. And Peter did! He left everything to follow Jesus.

That decision landed Peter a front-row seat to witness everything Jesus did over the next three years. He watched Jesus heal the sick and feed thousands. He saw Jesus cast out demons and heard Him teach with authority. Peter even walked on water with Jesus. This guy was living the dream.

That is, until the Temple guard arrested Jesus. During an earlier conversation with His disciples, Jesus told them He was about to be betrayed and arrested, and they would desert Him. Everyone, including Peter, rejected His prediction. Peter declared, “Even if everyone else deserts you, I never will.” (Mark 14:29 NLT).

When nighttime came, Jesus was arrested and taken away. All His followers fled, except Peter, who followed from a distance. Eventually, he sat by a fire in a courtyard outside of where they took Jesus.

56 A servant girl noticed [Peter] in the firelight and began staring at him. Finally she said, “This man was one of Jesus’ followers!

61 At that moment the Lord turned and looked at Peter. Suddenly, the Lord’s words flashed through Peter’s mind: “Before the rooster crows tomorrow morning, you will deny three times that you even knew me.”

Peter’s story didn’t end there. After Jesus died, Peter returned to his old life as a fisherman. One day he and the disciples were fishing when they saw Jesus on the lakeside. Peter jumped into the water and swam to shore, where Jesus was making breakfast for the disciples.

After they ate, Jesus told Peter to feed His lambs and to take care of and feed His sheep. (See John 21:15–17). He didn’t say anything about his past mistakes. No. Jesus talked about his future. Jesus loved Peter, and God still had good plans for him. Peter became a leader in the Early Church and won thousands of people to the Lord.

When you mess up, shame tells you to leave God’s presence because you’re not worthy. It says, “You’re over. God can never use you again.”

But really, God can. He’s always close by. Psalm 34:18 (NLT) says, “The Lord is close to the brokenhearted; he rescues those whose spirits are crushed.” When you run from God, He pursues you. When you’re crushed, He rescues you.

Your future is not in the hands of your failures. It’s in the hands of a loving God. He determines your future. When it comes to climbing past the mistakes you’ve made, be like Peter, and reach out to God. He is close by—ready to rescue and restore.

[Editor’s Note: Mike Caple is a youth pastor at Cedar Point Church in Claremore, Oklahoma. This article was adapted from his Summer Blitz 2018 message.]

2 Comments on “Climb Past Your Past”