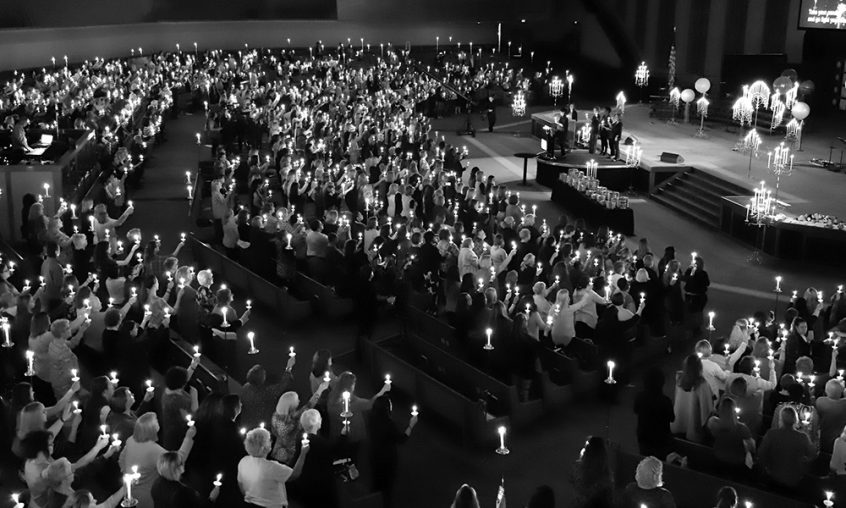 AS KINDLE THE FLAME 2017 came to a close by candlelight, the worship and words from Heaven burned strong in women's hearts. A word of prophecy came through Lynette Hagin:

"There are some of you, not just a few, that are going to be placed in positions that you're going to influence some leaders in the land.

"Get ready in your spirit because you're going to stand before leaders. As you stand before them, it's going to change some situations.

"So stay sensitive and walk in those doors when they're presented. Now you're going to feel intimidated. You're going to feel, 'Oh God, I can't go there,' but the Holy Ghost can. He's going to open doors. When He does, walk in. Listen to My Spirit, and I'll tell you when to talk . . . what to say and what not to say.

Catherine felt the words come alive in her heart. They were for her! On the long flight back to Zambia, she pulled out a journal and began to ponder the words inscribed in her spirit. She reflected, "God, I know that word is for me. I'm not sure what it means. I'm giving this to You and Your timing."

Two months later, a letter arrived from the President of Zambia. He informed Catherine, then a lawyer, that he would be appointing her as a judge of the High Court of Zambia. At 38 years of age, Catherine was surprised! No one under the age of 40 had been appointed before. But she was not surprised that God's word of prophecy came to pass. She knows He put her there to influence her country.

Every year, the Spirit of God flows at Lynette Hagin's Kindle the Flame Women's Conference. God's gentle heart meets women right where they are and invites them to a new place in Him. It's a refreshing getaway for renewal. Hearts and bodies are healed, destinies are sealed, and souls are both mended and recharged with the Word and the Spirit.

Last year, Catherine traveled halfway around the world to KTF as a lawyer, and today she influences her nation as the Honorable Lady Justice Catherine Mulenga Lombe Phiri of the High Court of Zambia. What does God have in store at Kindle the Flame this year? Join us September 27–29, 2018, and find out! (See pages 6–7 for all the details.)