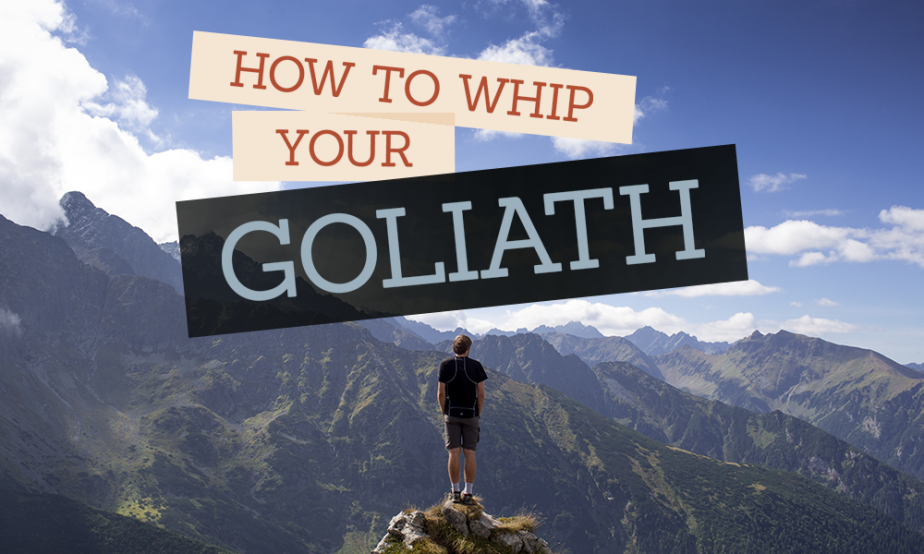 AT ONE TIME or another, everyone faces struggles in life. We all have unexpected things happen. This shouldn’t come as a surprise, because we see in John 10:10 that “the thief cometh not, but for to steal, and to kill, and to destroy.”

Whenever adversity strikes, we can find help and inspiration in the Bible story of David and Goliath. We can look at how David won his battle against Goliath, follow the same principles, and come out on top in any situation we face.

At that time David was a young shepherd boy who tended his family’s sheep. His encounter with Goliath was no doubt the biggest battle he had faced up to that point.

Jesse, David’s father, had given David food to take to his brothers who had joined King Saul on the battlefield. When David got to the front lines, he heard Goliath, a huge Philistine soldier, taunting the Israelite army.

David asked, “What shall be done for the man who kills this Philistine and takes away the reproach from Israel?”
(1 Sam. 17:26 NKJV).

Often when we face adversity, we become fearful. We can become so worried about the situation that we forget about God’s faithfulness. Regardless of how big or small the battle is, God is able to deliver us. The same God Who heals us from the flu also heals cancer.

How Big Is God?
We serve a big God. We need to know that—especially in the midst of trials. It doesn’t matter what giant we are facing. Our God is bigger. The reason we become worried in adversity is that we don’t know what our God is able to do.

1 SAMUEL 17:45–46 (NKJV)
45 Then David said to the Philistine, “You come to me with a sword, with a spear, and with a javelin. But I come to you in the name of the Lord of hosts, the God of the armies of Israel, whom you have defied.
46 “This day the Lord will deliver you into my hand, and I will strike you and take your head from you. And this day I will give the carcasses of the camp of the Philistines to the birds of the air and the wild beasts of the earth, that all the earth may know that there is a God in Israel.”

We will experience adversity in life. Remember, the Bible does not tell us that weapons won’t be formed against us. It says that no weapon formed against us will prosper (Isa. 54:17). In other words, whatever comes against us won’t be able to take us out. When we know Who our God is and the authority we have in Christ, we don’t need to be fearful or worried. We simply need to trust God.

When you really think about it, it’s not what comes against us that matters. What really counts is Who is for us. If God is for us, then who cares what adversity rises up against us?
God’s Word calls us victorious. It says that when a mountain is in our way, we can move it. We only have to believe. David believed that whatever weapon he used against Goliath would be enough to win the battle.

Often with us, though, when we face a battle, instead of knowing that God will cause us to triumph in the midst of a trial, we think our weapons are not enough. We think that because we’re looking at our own ability. And if we rely on that, we won’t win any battles. But it’s not about our strength, ability, or might. It’s all about God. It’s knowing that we’re not alone. It’s knowing that when we lean on God, He’ll strengthen us through the entire battle.

God is a good God. He loves us, and He wants to see us conquer everything that comes against us. So whenever we’re facing a Goliath, instead of getting all caught up that a giant is in front of us, let’s get caught up in God. Let’s keep our focus on Who He is and His ability to turn any circumstance around. When it looks as if our situation is impossible, we can know that all things are possible with God. And when God is for us, nothing that comes against us can cause us to fail.

BE ENCOURAGED! Go to khm.com/pressured and learn how to stand strong under pressure.