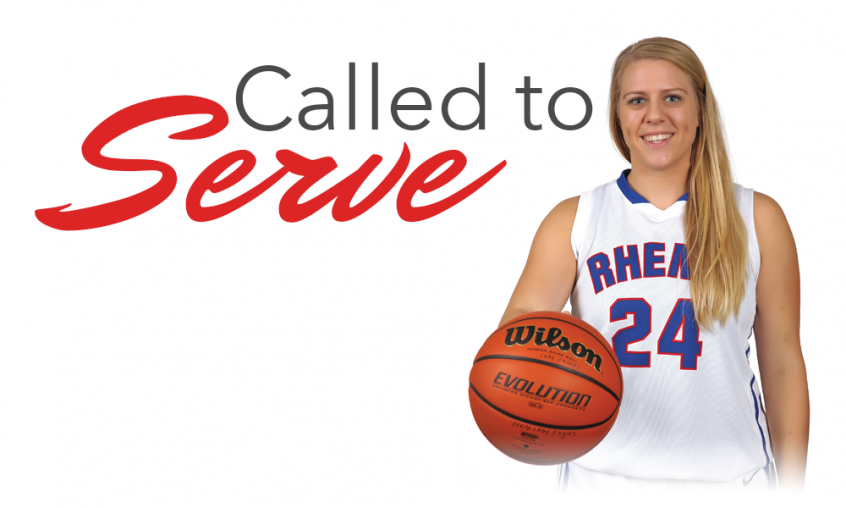 WHILE WATCHING Winter Bible Seminar 2016 via livestream at her church in Iowa, Tiffany Wuertzer heard someone say, "Once Rhema family, always Rhema family." She immediately thought, "I want to be a part of that," and began praying about moving to Broken Arrow, Oklahoma, to attend Rhema Bible Training College.

As an active reservist with the Iowa National Guard, Tiffany still had commitments with the ING. Although she would have to attend drills in Iowa, it was clear that God was orchestrating her steps to enroll in RBTC.

Rhema is a 2017 Top 10 Gold-level Military Friendly School, ranking 9th in private vocational schools. Knowing she would be able to use her military benefits to pay for school helped make the decision to attend RBTC even easier.

During RBTC's orientation week, Tiffany listened closely as Kerri Sharp, coach of Rhema's Lady Eagles basketball team, addressed the student body. Coach Sharp said she believed there was one more girl who was supposed to be on the team. Tiffany felt a nudge inside. That feeling was confirmed by people God sent across her path.

When Coach Sharp first met Tiffany, she knew Tiffany was the missing piece and asked her to join the team. Tiffany always dreamed of playing collegiate basketball. After sitting on the bench in high school and playing pick-up games in the military, landing a spot on the Lady Eagles basketball team was a huge thrill.

Being part of the team has pushed Tiffany and stretched her faith. It has also reinforced principles—such as discipline, respect for leadership, obedience, and submission to authority—that she learned while serving in the National Guard.

A Test of Faith

Tiffany "loves school" and credits instructors with helping her grow in every aspect of her life. "They are really led [by the Holy Spirit] when they teach," she says. However, growth hasn't come without challenges. Her faith was put to the test when she experienced a couple of potentially sidelining injuries during basketball season.

One was a painful back injury. Through prayer, standing on the Word, and the faith-filled support of her teammates, Tiffany was completely healed! "In one day, I had a crazy change where there was no pain," she shares.

Being part of the team has pushed Tiffany and stretched her faith. It has also reinforced principles—such as discipline, respect for leadership, obedience, and submission to authority—that she learned while serving in the National Guard.

Before Rhema, Tiffany had never thought about her faith and military life intersecting. But now she hopes to use her RBTC schooling and military training to make an impact for the Kingdom of God through the military's chaplain program.

Tiffany describes the military community as "hurting." The thought of being able to bring faith to them both excites and motivates her.

"Once Rhema family, always Rhema family." At Rhema Bible Training College you will be part of a family of over 61,000 worldwide graduates taking the message of faith to the world. RBTC will not only train you, but like family, they will be there to support you long after your classes.

Get your application in by December 15 and begin in January.