The word character dates back to the 14th century. One of its roots is in a Greek word which means “to scratch or engrave.” Character also means “a graphic placed on an object as an indication of ownership.”

These definitions suggest that character involves tendencies that are not original to the person. In other words, if you’re scratched, you got that scratch from someone else. This also suggests that we are not born with a character bent. We are in essence a clean slate that can be scratched by the world or by the Creator of this world. Whichever arena we feed on the most, we will find its scratch the deepest upon our life.

Second Corinthians 3:18 says, “But we all, with open face beholding as in a glass the glory of the Lord, are changed into the same image from glory to glory, even as by the Spirit of the Lord.” This passage implies that the less we know Him, the less we will reflect His character. On the other hand, the more we know God and imitate Him, the more we reveal His character in our lives.

Character transformation begins in the soil of a teachable spirit that is allowed to be mentored by the Word of God.

Second Corinthians 3:18 talks about believers being changed, or transformed, into God’s likeness. The Greek word translated “changed” in the King James Version is almost identical to our English word metamorphosis. It speaks of a change, or transformation, from the inside out. Character transformation begins in the soil of a teachable spirit that is allowed to be mentored by the Word of God.

Romans 12:2 says, “And be not conformed to this world: but be ye transformed by the renewing of your mind, that ye may prove what is that good, and acceptable, and perfect, will of God.” The good news is that our character can change. We can be transformed. Being unreliable is not a character trait that we have to be chained to all of our days.

Of course, the direction our character heads in each day depends on how much we allow our Word-based beliefs to affect what we think, what we say, and how we act.

We must not take the stewardship of our character lightly. Who we are—our character and integrity—will open doors for us to verbalize our faith quicker than anything else. The world has informed us that they are hesitant to listen to us because we are all “a bunch of hypocrites.” If we nurture our character properly, it will provide an exceptional platform from which we can gain the ears of those who need Jesus. People listen to people of character.

Over time your character will 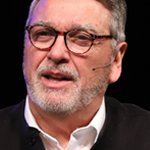