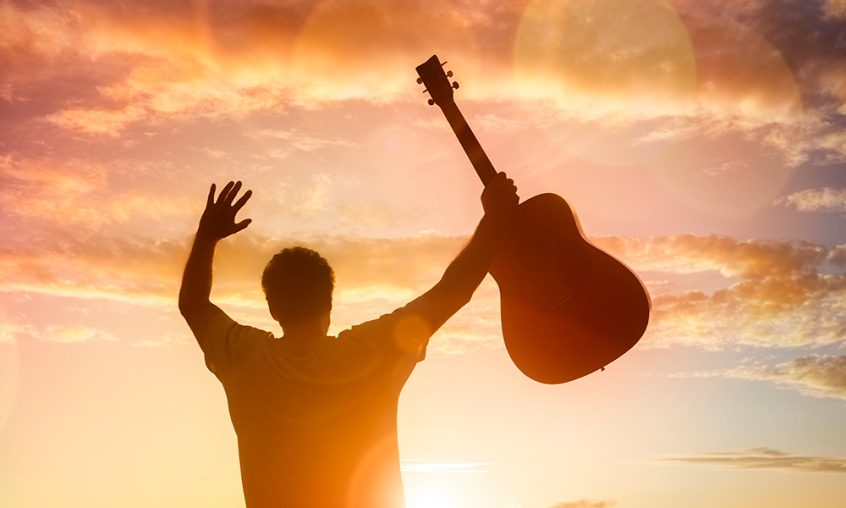 Praise is the greatest reservoir of power the world has yet to see demonstrated. God’s power released in praise is the same power He used to make the earth. One reason God created humanity was to praise Him (Eph. 1:5–6, 12). However, it seems that mankind doesn’t always repay God with praise for all the wonders He performs for them. Instead, when trouble comes along, they are often quick to blame God for it. This hinders their own faith.

Faith moves God, and praising Him is an expression of our faith in Him. Praise releases His power to work on our behalf.

God is not moved when we cry to Him in unbelief. He knows exactly where we are at and what He has promised us. He knows His power is sufficient to see us through any test or trial. If we will put our faith in Him and demonstrate that faith by praising Him, He will bring us through every situation to a place of victory.

So many times when circumstances look impossible, we begin to grumble and complain. But if we would praise God in the midst of the situation, we would position ourselves to receive from Him.

It is our duty to praise God. We see that in the Book of Psalms. Much of what the Bible says about praise is found there. For instance, we read in Psalm 107, “Oh that men would praise the Lord for his goodness, and for his wonderful works to the children of men!” (v. 8).

The Bible tells us that the experiences of the children of Israel are written as examples for us (1 Cor. 10:11). If they constantly praised God in their psalms, how much more should we praise our loving Heavenly Father!

Job, a man born under the Old Covenant, continually praised God. Even in the midst of problems, he blessed the Lord. When he heard that his livestock, his servants, and his children had all been killed, Job bowed down before God and worshipped.

Even when Job was afflicted with boils from head to toe, he didn’t sin against God. He humbled himself before the Lord, and God brought him victory. The Bible declares, “And the Lord turned the captivity of Job, when he prayed for his friends: also the Lord gave Job twice as much as he had before” (Job 42:10).

David also lived a life of praise. The Book of Psalms gives us some indication of how he did that. Psalm 34 shows us his heart toward God.

"If we will put our faith in Him and demonstrate that faith by praising Him, He will bring us through every situation to a place of victory."

1 I will bless the Lord at all times: his praise shall continually be in my mouth.

2 My soul shall make her boast in the Lord: the humble shall hear thereof, and be glad.

3 O magnify the Lord with me, and let us exalt his name together.

David knew how to praise God. He sang psalms and played the harp. His praises pleased God and brought His anointing on the scene many times. For example, when King Saul was troubled by an evil spirit, he would call upon David to sing and play for him, and he would be comforted (1 Sam. 16:23).

Praise in the Midnight Hour

Paul knew something about praising God even in the hard times. He said he was “pressed out of measure, above strength, insomuch that we despaired even of life” (2 Cor. 1:8). Yet he still praised God!

Paul did not complain about the trials and tribulations he endured preaching the Gospel. He said, “Rejoice in the Lord always. Again I will say, rejoice!” (Phil. 4:4 NKJV).

If anyone understood praising God in hard places, it was Paul. In Acts chapter 16, even in the midnight hour when all hope seemed to be lost, he unwaveringly and unceasingly praised God.

22 Then the multitude rose up together against them; and the magistrates tore off their clothes and commanded them to be beaten with rods.

23 And when they had laid many stripes on them, they threw them into prison, commanding the jailer to keep them securely.

24 Having received such a charge, he put them into the inner prison and fastened their feet in the stocks.

25 But at midnight Paul and Silas were praying and singing hymns to God, and the prisoners were listening to them.

26 Suddenly there was a great earthquake, so that the foundations of the prison were shaken; and immediately all the doors were opened and everyone’s chains were loosed.

I imagine Paul and Silas’ backs were hurting from the blows they had received, because verse 23 says they “laid many stripes on them.” They were probably cramped and tired sitting in those stocks all night. But they gave God the sacrificeof praise. They praised Him in spite of their circumstances, even though I’m sure they didn’t feel like doing it.

Paul and Silas didn’t murmur or complain. They sang praises to God. What a demonstration of faith! They didn’t praise God quietly either, because the other prisoners heard them (v. 25).

As Paul and Silas sang praises to God, the very prison began to shake. That jail shook like a leaf in the wind!

That kind of supernatural demonstration doesn’t come from paying God “lip service” in mechanical, half-hearted praise. No, those praises were coming from their hearts!

Heartfelt praise moves God. Paul and Silas’ stocks fell off and their chains were loosed. The prison doors swung open, and all the prisoners were free.

Their complete deliverance came to pass, not because they griped and complained, but because they declared God’s greatness in praise!

It’s interesting that the Bible says Paul and Silas sang at midnight. I’m sure it was literally midnight. Yet I believe that prison experience was also a “midnight hour” in their lives.

The problem with many of us is that when we find ourselves in an impossible situation, instead of turning to God and magnifying Him, we magnify the problem!

Each of us has a midnight hour at some time or another. If we would begin to praise God even in the midst of despair or impossibilities, we would experience an “earthquake” in our circumstances too!

Praise will bring a glorious victory when nothing else will. God will “shake” those circumstances that are trying to bind us, if we will only put our trust in Him. 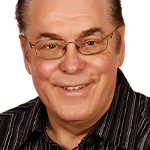