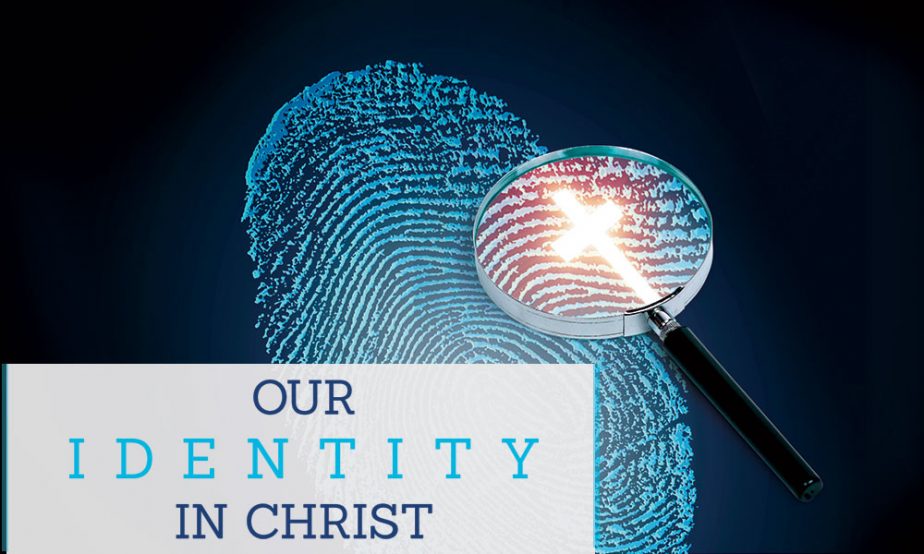 ONE OF THE MOST important revelations we can get from the Word of God is to understand who we are in Christ. Identifying with Christ will change the way we live and cause us to rise above adversity. Not understanding our identity in Him will keep us living far below our rights and privileges in Christ.

In our everyday lives, we identify with a person, organization, occupation, nationality, or church. We also have an identity in the spirit realm. The scriptures say we have been crucified with Christ (Gal. 2:20). Not only did we die with Him on the cross at Calvary, we also have been raised with Him. We can see this in the following verses.

EPHESIANS 2:4–7 (NKJV)
4 But God, who is rich in mercy, because of His great love with which He loved us,
5 even when we were dead in trespasses, made us alive together with Christ (by grace you have been saved),
6 and raised us up together, and made us sit together in the heavenly places in Christ Jesus,
7 that in the ages to come He might show the exceeding riches of His grace in His kindness toward us in Christ Jesus.

According to this passage of Scripture, we are seated with Christ in heavenly places. Unfortunately, some Christians are having an identity crisis. They don't know who they are in Christ or where they are seated. Instead of identifying with Christ, they identify with the problems that confront them. You can tell they do this because they call themselves by their problems: divorced, bankrupt, and so forth.

Some identify with a profession. They say things like, "I'm a salesman," or "I'm a lawyer." But their profession is not who they are; it's what they do. Others identify with the disease that is attacking their bodies. They say, "I'm a diabetic," "I'm ADD," or "I am bipolar."

When we really understand our identity in Christ—who we are in Him—it changes the way we think and live. Second Corinthians 5:17 (NKJV) says, "If anyone is in Christ, he is a new creation; old things have passed away; behold, all things have become new." That same verse in The Living Bible says, "When someone becomes a Christian, he becomes a brand new person inside. He is not the same anymore. A new life has begun!"

When we really understand our identity in Christ—who we are in Him—it changes the way we think and live.Kenneth W. Hagin

Before Christ, we were destined for despair, degradation, and poverty. But in Christ, we are destined to have life and have it more abundantly (John 10:10).

In Christ is where our identity should be. It's in Jesus that we are somebody!

Did you ever notice in the Scriptures that God often changed people's identities? They looked at themselves one way, but God told them who they really were. This is what happened to Gideon. He was so terrified of the Midianites that he hid inside a winepress to thresh his wheat. He believed the Midianites would take what little he had if they saw him threshing grain (Judges 6:1–11).

One day the angel of the Lord appeared to Gideon and said, "The Lord is with you, mighty warrior" (Judges 6:12 NIV). Gideon was acting like anything but a mighty warrior! However, when he finally saw himself the way God saw him, he went on to deliver the Israelites (Judges 7:1–25).

God also changed Abram's name. It was impossible for Abram and his wife, Sarai, to have children. But God said, "No longer will you be called Abram; your name will be Abraham, for I have made you a father of many nations"
(Gen. 17:5 NIV). He also changed Sarai's name to Sarah (Gen. 17:15). And God's words were fulfilled when Sarah gave birth to Isaac.

God calls those things that are not as though they were (Rom. 4:17). In the natural realm, what God is calling us may not exist. But in His eyes, it does. So we need to talk about ourselves the same way God does.

What God says about us is found in His Word. Here are some things we are and have in Christ:

Psalm 23:4 says, "Yea, though I walk through the valley of the shadow of death, I will fear no evil." I like to say that verse like this: "Yea, though I walk through all of the mess that the devil tries to put on me, I will fear no evil. Through my identification with Christ, I can walk on scorpions and not be harmed. I can walk on anything that tries to get in my way and come out victoriously."

It's time for us to stand up and be who God says we are. And we need to let the devil know that we know who we are in Christ. Then anytime he tries to attack us, we can throw our shoulders back and say, "Don't mess with me. I'm identified with Christ!"

When you identify with Christ, God gives you a new identity

When you understand your new identity in Christ, you'll be a stronger and more stable Christian. Your faith will work for you better, your prayer life will be enhanced, and you'll walk in a new level of authority.

To further understand your identity in Christ and how you are to reign in life with Him, go to khm.com/reign16 to read "Reigning in Life," an article by Kenneth E. Hagin.