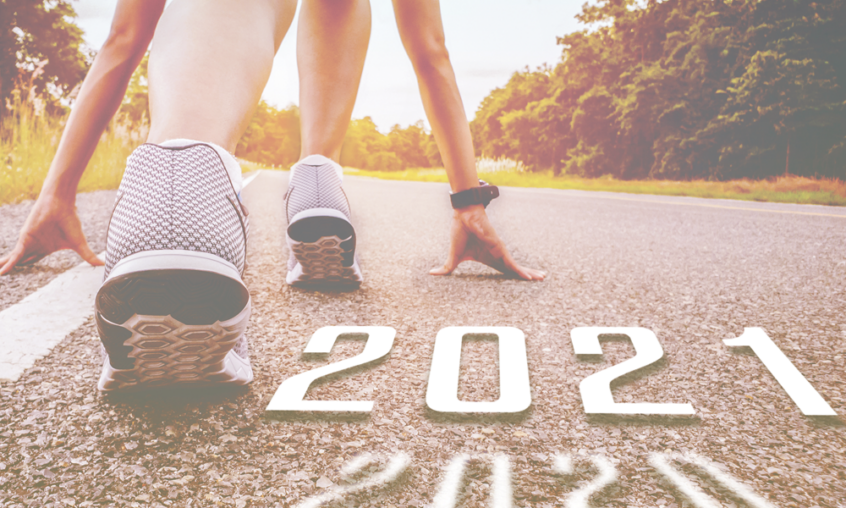 The New Year is like a new page—brand new, crisp, and nothing on it. Last year might be a bit ripped and torn—so crumpled that when you try to straighten it, you can’t make it look good. But you can move forward by “forgetting those things which are behind.” You have a blank page in front of you.

14 I press toward the goal for the prize of the upward call of God in Christ Jesus.

Many of us would change parts of our past if we could. But once it has been “written down,” it’s done. What’s in your past is history, and you can never move forward by looking backward.

If you’re looking back at 2020 while trying to reach 2021, you won’t get anywhere. This past year was tough for many people. But to move forward, you can’t hold on to what happened last year. It can’t be changed. But you can change what happens in the future. It’s up ahead, but your past is behind.

Paul was an expert about forgetting the past. There were things he wished he wouldn’t have done, but God still used him. He still had a future! Don’t think that because of your past, you don’t have a future. No, the future is unwritten! It’s empty. What you write on its pages is up to you.

Circumstances are temporal. Don’t let them defeat you!

Often at the end of December, ministers come up with a slogan for the new year. But just because you hear a clever motto doesn’t mean it will happen for you. You can grab hold of the word or let it slide. People can say things, but that doesn’t make it true for you. You have to believe it!

Many people sit around waiting and thinking, “This year was supposed to be great. But my year hasn’t been that great!” If you don’t expect it, it won’t be a good year! If you expect 2021 to be bad, it will be.

Did you realize that God never promised us a good economy? But He did promise us abundant life (John 10:10). A poor economy does not mean it will be bad for you. You can make money when nobody else can!

Go Beyond What You See

People would like to believe, but they don’t take it for themselves. So if you want a breakout year, then take it! Start saying, “This year is a breakthrough year for me! 2021 is my breakout year!” When challenges come, don’t say, “Well, I guess 2021 will be just as bad as 2020.” If it looks like your year is going south, keep your words going north. Keep confessing, “I’m having a breakout year!” And if your situation gets worse, never change your confession.

Faith is looking beyond what you see because what you see is not what you believe. When you are convinced of what God said, it doesn’t matter what happens around you. You still believe His promises. My grandpa always said, “If God said it, I believe it, and that settles it.” And if that settles it, you don’t worry about it!

Every time people say anything contrary to the Word, it shows they don’t really believe. They might desire something, but they don’t really think they will receive it. So when something bad happens, they say, “Well, that was bound to happen. I knew it was too good to be true.”

I don’t want to call people liars, but some Christians lie with their faith! They act as though they believe and are standing in faith. But they’re really not. If they believed, they wouldn’t say some of the things they say! I understand we’re human, but you have to decide that it doesn’t matter what happens—you are going to believe God!

If you want this year to be better than last year, start believing it! If you want this to be your breakout year, then stay in faith and keep saying it! It’s not a one-time confession. You don’t say something once and it’s over. Romans 10:17 (NKJV) says, “faith comes by hearing, and hearing by the word of God.” So every time you hear or read the Word you are standing on, say it aloud!

Just like James says, “Count it all joy” (James 1:2). The Bible doesn’t say it’s always going to be joyful, but you can act like it is. It doesn’t matter what you’re going through—God is good no matter what. You can praise Him because He is reliable and will get you through anything. Circumstances are temporal. Don’t let them defeat you! Sometimes you have to decide to have a good attitude no matter what.

You Are Not Alone

The Lord will never leave you nor forsake you (Deut. 31:6; Heb. 13:5). No matter where you are or who you are around, you are never alone. In every situation, Jesus is with you—all the time! The devil is a liar. He will try to knock you off your feet and tell you that you’re alone, or this year won’t be any better than last year.

Satan knows the joy of the Lord is your strength (Neh. 8:10). So choose to be happy! That might be a good start for some of you. I guarantee that if you start choosing joy, things will change for you, and people will treat you better! Positive people are contagious.

Faith is the language of Heaven. Build your faith and speak into your new year with free resources at rhema.org/faith to read and download. 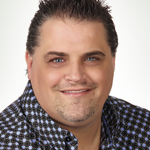