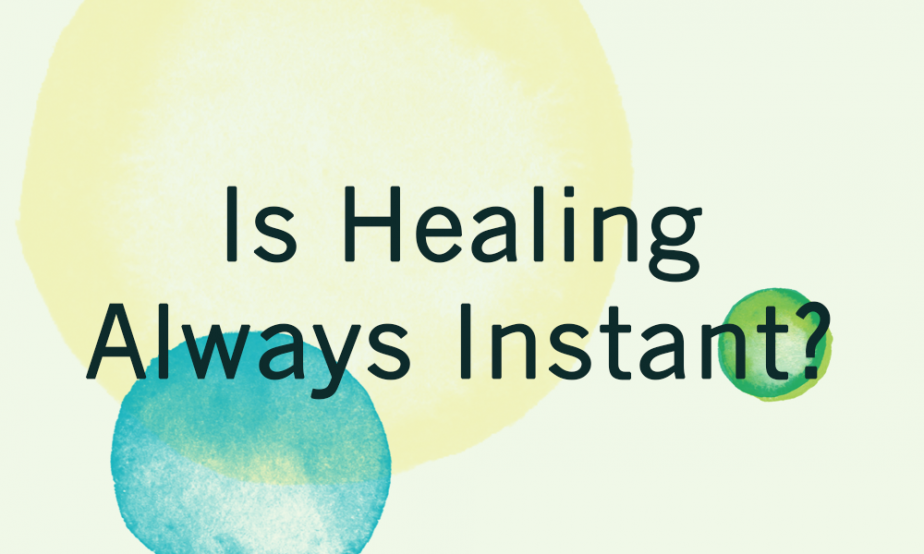 IN JESUS’ ministry, healing wasn’t always instantaneous. John 4:52 says, “Then enquired he of them the hour when he began to amend. And they said unto him, Yesterday at the seventh hour the fever left him.” The Bible says that the nobleman’s son began to amend from that hour—at the hour Jesus said, “Thy son liveth” (v. 53). What does that mean? That means he began to get better and better until, finally, he was all right.

On one occasion I was preaching in an Assembly of God church in California. A woman was brought in an ambulance to the church auditorium. I never saw so much medicine and equipment keeping one person alive. She couldn’t breathe without a machine. And a special nurse was with her all the time.

It took me a minute to find a place to lay hands on her, because she was nearly encased with various medical paraphernalia. I laid hands on her and prayed. I knew the power of God went into her. And I asked the nurse, “Can she hear?”

She said, “Yes, she can hear and understand what you say, but she can’t talk.” So I said to her, “The healing power of God was administered to your body. I felt it flow out of my hands into your body. It will heal you. Believe that.” Then I went on to pray for someone else.

People are healed today just as they were in Bible days. Some of them are healed instantly. But some are healed as they go.
Kenneth E. Hagin

They rolled her out. She didn’t look any better. But from the moment the healing power of God was administered to her, she began to amend. Every day, she kept improving. And after three days, she was taken off all the equipment and could breathe without it. She was up and about, walking around the house!

Years ago, a woman wrote me a letter after a meeting I held in Houston, Texas, at Brother John Osteen’s church. She wrote, “Brother Hagin, I was carried to the meeting in Houston for you to lay hands on me and pray. I’d had two strokes and my left side was paralyzed. I couldn’t walk. I was carried into the healing line. The doctor said that if I had a third stroke, it would probably kill me. He said that I could have one at any time.

“You laid hands on me and the power of God came on me. I fell on the floor under the power and lay there for a while. Then I began to move a little and make an effort to get up. I was helped to my feet, but I couldn’t walk. I wasn’t any better. Then I was carried out of the building.”

She continued, “Some folks might have thought, ‘Well, that poor dear woman didn’t get anything, because I saw her being carried in and carried out.’ I was placed in the back seat of the car. We got about two blocks away from the church when, suddenly, THERE WAS A WARM GLOW THAT WENT THROUGH THE LEFT SIDE OF MY BODY. Then I had feeling in my left side and was all right.”

You see, the power of God was administered to her at the church. The healing, or the manifestation, became evident later on. SHE WAS HEALED AS SHE WENT.

God’s will is for you to be healthy and healed! Share your healing testimony with us on social media. Just #RhemaWOF.