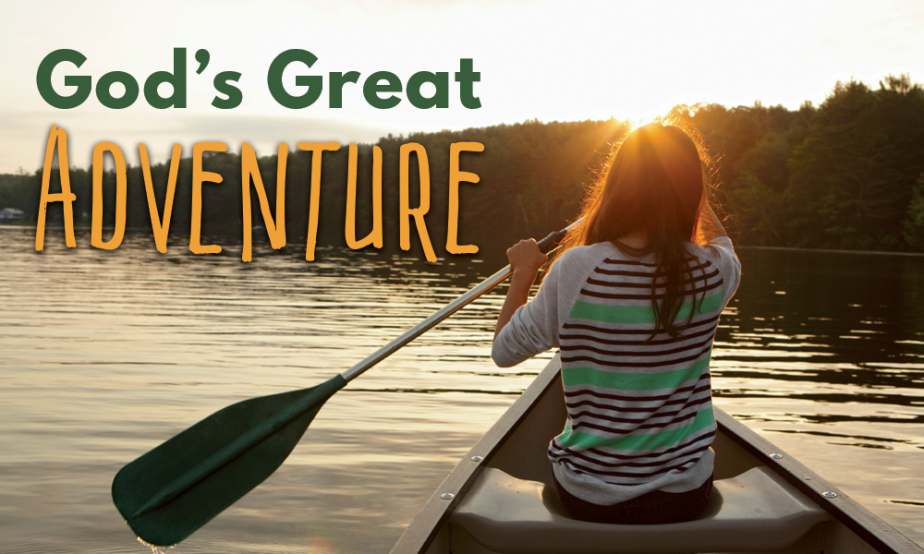 WHAT’S NOT TO LIKE about Vermont? Old New England charm, brilliant fall foliage, quaint covered bridges, and the best ski resorts the Northeast has to offer. And don’t forget the maple syrup and the many varieties of artisanal cheese.

During Tracey Turner’s second year at Rhema Bible Training College USA, the 2011 graduate was asked by two of her classmates to consider moving to Vermont with them. The couple planned on taking over a pastorate and wanted her to be their children’s minister.

“Southern girls don’t do 52 inches of snow!” she told them. “Be warm, be filled, but no way! After graduation, I’m going to Jacksonville, Florida, to preach a conference, and then I’m going back home to Virginia.”
Before heading south, Tracey had an opportunity to attend Rhema’s Prayer School. That day the entire hour was spent worshipping the Lord. Before long, Tracey was stuck to the floor, sobbing profusely. To others, it may have looked like she was being blessed by the Lord. Actually, she was getting busted!

In between sobs, Tracey clearly heard God say, “You need to leave that dock. That isn’t your home port any longer.” While she was a student at Rhema, the Lord showed her that her call included encouraging, empowering, and equipping leaders. She envisioned itinerating out of her home church in Virginia to do this.

When the Lord said “leave that dock,” Tracey knew her time in Virginia was over. “Lord,” she cried, “if I’m not going home where I can itinerate, I don’t see how I can fulfill what you’ve called me to do.”
“You’ll do it one thing at a time,” God said, “and you’ll start ‘there.’ ” The word there reverberated through Tracey’s soul. She knew “there” meant Burlington, Vermont.

When Tracey arrived in Vermont, she fell in love with the state. It was Heaven on earth. Her heart was knit together with Vermonters. She felt like she had come home.

Less than two years after Tracey arrived in Burlington, the pastors she was helping announced that they were leaving and planning to close the church. But a core group of people still wanted a fellowship. Over time and through much prayer, the original church was dissolved and Life Abundant Christian Fellowship (LACF) was established with Tracey as pastor.

Tracey has a dedicated team of leaders who put feet to her vision. She readily admits that she couldn’t do what God wants for Vermont without them. Whether they’re reaching the community or ministering one-on-one, they’ll do whatever it takes to share God’s love and spread the Gospel.

Spiritually speaking, it’s been said that the New England states are “hard ground.” When the Charismatic revival swept across the U.S., for the most part it missed Vermont. Later when the word of faith movement began, it never made it to the Green Mountain State.

Tracey believes that Vermonters will be won through personal relationships. Vermonters tend to sit back and watch. But once they see that you’re genuine, they’ll open their hearts and treat you like you’re one of their own. They are an incredibly generous people. Vermonters have never really experienced a loving, powerful God. They’ve only been taught that God is ready to “slam the hammer” in judgment for mistakes. Tracey and her leadership team are determined to change that.

I don’t see how I can fulfill what you’ve called me to do.”
“You’ll do it one thing at a time,” God said, “and you’ll start ‘there.’ ” The word there reverberated through Tracey’s soul. She knew “there” meant Burlington, Vermont.

To reach the community, LACF began “Service Sunday.” Once a quarter, the church blesses either an organization or an individual. They will do anything—from cleaning out someone’s yard and painting a house to assisting other Christian-based organizations with their community projects.

One time LACF members prepared a meal for a homeless shelter which receives donated food for its residents. Pasta is often on the menu because it’s inexpensive. On one Service Sunday, LACF slow-cooked a huge chuck roast with potatoes and carrots. They served it with delicious green beans, yummy raspberry and pecan tarts, fresh fruit, cookies, and pies. The feast offered welcome relief from the residents’ frequent pasta meals. It also spoke volumes to them of God’s goodness and His lavish love.

LACF has also developed relationships through their Summer Celebration program. The church purchased a bounce house and used it as an outreach to unchurched families in the community. On the second and fourth Sundays throughout the summer, the church invited neighborhood families for fun and food. Both children and adults had a great time in the bounce house, and everyone had plenty to eat.

During one outreach, a young girl named Sam gave her life to the Lord. The next time she came to church, her two sisters came too. At the end of the service, both sisters gave their lives to the Lord. The girls are from a broken home and are shuffled between their parents’ homes each week. After they accepted Christ as their Savior, a visible transformation could be seen on their faces. A peace settled on them that wasn’t there before.

A Woman on a Mission

Once, a pastor from Connecticut called LACF. A relative of an older woman in his church had been hospitalized in upstate New York. The man, in his 80s, was very sick, and the woman wanted someone to minister to him.

The pastor was two states away and couldn’t go. He called churches that were relatively close to the hospital but couldn’t find anyone willing to visit the man. “He’s too far away.” “He’s not a member of our church.”

Finally, the pastor found LACF in the Rhema church directory. When he called the church office, Marie—the associate pastor and administrator and a 1998 Rhema graduate—answered the phone. When she heard his request, she didn’t need to consult with Pastor Tracey. Marie knew what Tracey would say. “Of course we’ll go.”

Joy, a church member who lives in southern Vermont, jumped on this ministry opportunity. After arriving at the hospital, she learned that the man had been transferred. She was told the new facility was “easy to find.” An hour and a half later, she finally found him!

Joy discovered that this ill, aged man had never heard the Gospel. He didn’t know that Jesus had died for his sins and that he could be forgiven. Before she left, this ailing man who no one wanted to visit prayed the salvation prayer!

If ever a place needed more laborers, it’s Vermont. Right now LACF is the only Rhema-affiliated church in the state. The Lord told Tracey not to hit the brakes but to step on the gas and increase LACF’s outreach efforts. Tracey and her leadership team are doing just that. They’re busy sharing God’s love, praying for the sick, and seeing glorious results.

It continues to be an amazing adventure for Tracey and her team to serve the Lord. They believe the fire of revival has already begun in Vermont. It’s only a matter of time before it consumes the state!