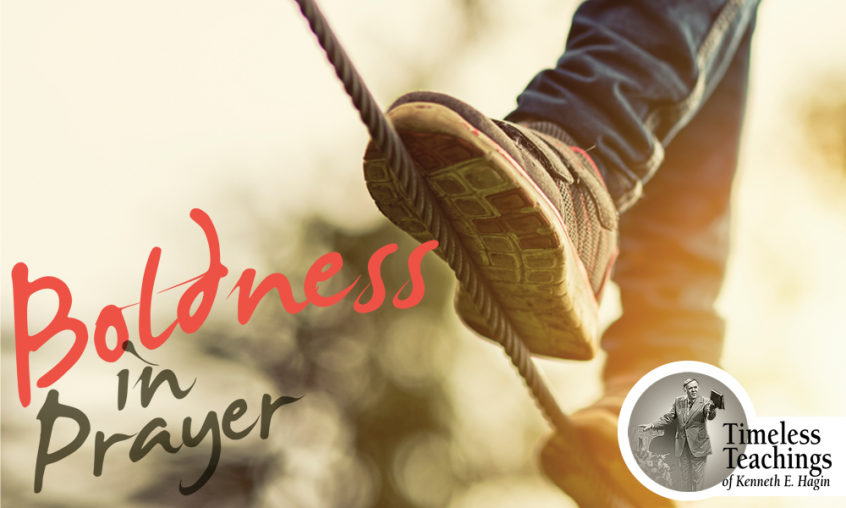 EFFECTIVE PRAYER involves boldness. We come to God's throne with boldness. Where do we get boldness? In Jesus!

EPHESIANS 3:11–12
11 According to the eternal purpose which he purposed in Christ Jesus our Lord:

12 In whom we have boldness and access with confidence by the faith of him.

The Jewish authorities noticed their boldness and took them in for questioning (Acts 4:13). Then they commanded the apostles not to preach or teach anymore in the Name of Jesus.

Being let go, Peter and John went to their own company and reported everything the chief priests and elders had said to them. The entire company of believers then lifted up their voices with one accord in prayer to God. They prayed the following prayer:

ACTS 4:29–30
29 And now, Lord, behold their threatenings: and grant unto thy servants, that with all boldness they may speak thy word,
30 By stretching forth thine hand to heal; and that signs and wonders may be done by the name of thy holy child Jesus.

That prayer was immediately answered!

ACTS 4:31
31 And when they had prayed, the place was shaken where they were assembled together; and they were all filled with the Holy Ghost, and they spake the word of God with boldness.

Like Peter and John, Paul asked the church at Ephesus to pray for him. This great man of God, this apostle of faith who wrote half of the New Testament, said, "Praying always . . . for all saints; And for me, that utterance may be given unto me, that I may open my mouth BOLDLY, to make known the mystery of the gospel, For which I am an ambassador in bonds: that therein I may speak BOLDLY, as I ought to speak" (Eph. 6:18–20).

Even Paul wanted boldness and prayed for it.

But the Bible does show us that we can pray for boldness. In fact, we should.Kenneth E. Hagin

We Need Boldness to Act on Our Faith

I can sense the Holy Spirit searching through the Church trying to find those He can trust to pray and act with boldness. He needs them. Don't throw off that burden to pray when it comes. Be bold to act on it.

One day while I was still pastoring, I was driving along attending to some business and visiting people. Suddenly, I had an urge to pray for my younger brother. He was backslidden at the time and was not walking with the Lord. An alarm went off within me.

So I went along praying on the inside of me, even while I was talking to other people—on the inside of me something was reaching out to God on his behalf. I carried that burden around two or three days until it lifted. I didn't know what it concerned.

Later on, my brother said to me, "I'll tell you one thing, the Lord sure helped me the other day."

At the time, he owned a ranch. He told me that he was holding a 5-gallon can of gasoline and somehow it exploded in his hand. But he was not in the least bit hurt. Everyone who saw what happened was amazed.

The ranch manager said, "That beats anything I ever saw in my life. I can't believe what I just saw."

But three days before it happened, I was praying. I am satisfied that if I had not yielded to the burden to pray, my brother could have been severely burned and perhaps killed. God didn't want him to leave this earth in a backslidden condition. But what if I had not prayed?

Boldness Before the Throne of God

The believer has covenant rights in prayer, as well as other covenant rights. Yet there is one outstanding problem that defeats believers in their prayer life. When we come to God, we have a feeling of inferiority, a sense of sin-consciousness.

Some Christians begin their prayers with, "I'm so weak and unworthy," and then harp on their weaknesses and unworthiness throughout the prayer.

When they come into the Presence of God telling Him that, they talk themselves out of faith and into condemnation. They don't know whether God hears them or not. But look what God said: "I, even I, am he that blotteth out thy transgressions for mine own sake, and will not remember thy sins" (Isaiah 43:25).

God said He would blot out our transgressions for His own sake—so He could bless us. He couldn't have blessed us without it.

When we know that He blotted out our sin and that He doesn't remember we did something wrong, we can come to Him with confidence. We can come with faith. We lose sin-consciousness and instead have Son-consciousness!

We don't have to sit on the curb in front of our heavenly mansion begging for favors. We can go boldly through the front door and enter the throne room to fellowship with God.

We are sons and daughters of God, joint-heirs with Jesus Christ. We are covenant people. And we have a legal right—a Body of Christ right—to go into the Presence of God the Father with the same confidence and assurance that Jesus has. And we can do it boldly! 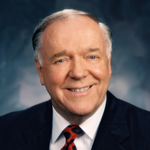