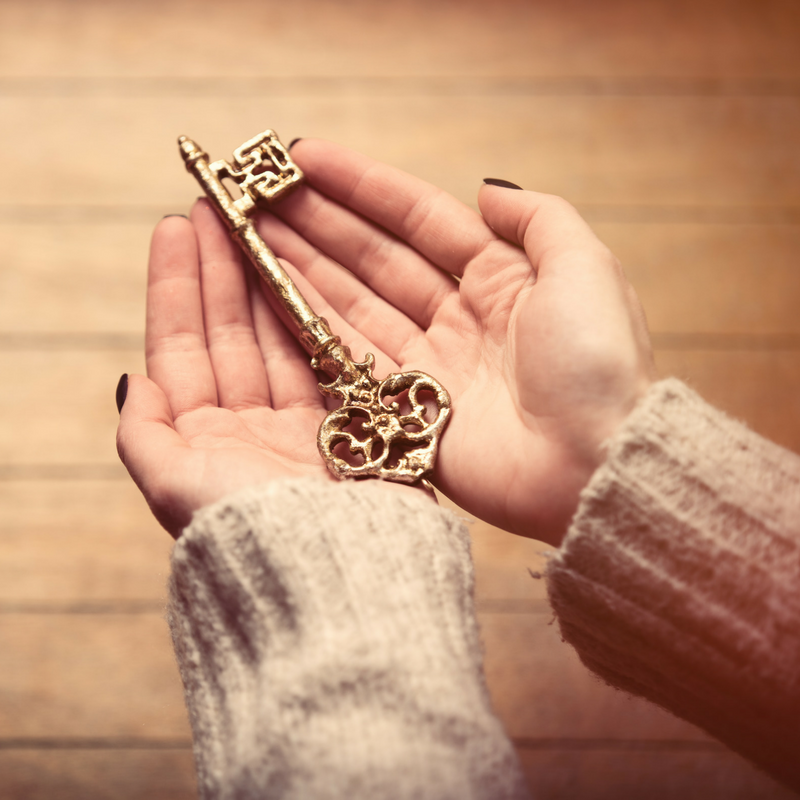 The Name of Jesus is the key that will set you free.

Start walking in the authority that is yours by delegation, and use the Name of Jesus to receive what belongs to you!

I have a key that unlocks the door of my car. I may say, “I’m going to unlock the door,” but, really, it wouldn’t be me unlocking it. The key unlocks the door! I am simply using the key!

I may put the key into the ignition and say, “I’m going to start the car.” But the key starts the car. I simply insert the key and turn it. Generally speaking, all the power in a car’s engine and everything in that car hinges on that key.

There’s also a key in the spiritual realm, and without it, we would get nowhere in life. That key unlocks the windows, doors, and storehouses of Heaven. It unlocks power from on High. This “key” is the Name of Jesus! Jesus is the Savior, Redeemer, Mediator, Intercessor, Advocate, High Priest, and Lord Who stands between us and the Father. And He’s given us His Name!

The Scripture has something to say concerning the Name of Jesus as the key. In Jesus’ death, burial, and resurrection, He obtained the key to our spiri­tual authority. Then He gave us the key. He gave us the authority to do His works in His Name.

When Jesus appeared to John on the isle of Patmos, He said, “I am he that liveth, and was dead; and, behold, I am alive for evermore, Amen; and have the KEYS of hell and of death” (Rev. 1:18).

Do you realize that the one who holds the key has the authority? By way of illustration, I have a key in my possession that can unlock every lock on our min­istry campus. It’s called the grand-master key. I have that key, and I have authority to use it any time.

We know that Jesus has all power and author­ity in Heaven and earth (Matt. 28:18). But what did Jesus do when He conquered the enemy? He gave you the key. He delegated authority to you and me. He gave the “key” to us, His Church. What is the key? The key is the Name!

17 And these signs shall follow them that believe; IN MY NAME shall they cast out devils; they shall speak with new tongues.

18 They shall take up serpents; and if they drink any deadly thing, it shall not hurt them; they shall lay hands on the sick, and they shall recover.

We have authority in His Name. What are we commanded to do in that Name? Cast out devils, heal the sick, and receive whatever the Word promises us. The power to do these things is in the authority that’s in the Name—the Name that is recog­nized in three worlds (Phil. 2:10; Rev. 5:13).

At the Name of Jesus, angels stand at attention; humanity falls prostrate; and demons tremble like a leaf in the wind. Why do people bow in reverence to the Name of Jesus? Why do angels recognize and reverence that holy Name? Why do demons shudder in fear? Because Jesus was given a Name that’s above every Name, and at that Name, every knee shall bow (Phil. 2:10–11)!

Let’s look at another passage in which Jesus told the disciples t “go ye . . .” in the power, or authority, that had been given to Him!

MATTHEW 28:18–20
18 And Jesus came and spake unto them, saying, ALL POWER IS GIVEN UNTO ME IN HEAVEN AND IN EARTH.
19 GO YE THEREFORE, and teach all nations, baptizing them in the name of the Father, and of the Son, and of the Holy Ghost:
20 Teaching them to observe all things whatsoever I have commanded you: and, lo, I am with you alway, even unto the end of the world. Amen.

Some people ignorantly say that healing has been done away with. They say that tongues have already ceased and that the Church doesn’t have any authority. Now let me ask you a question. If that is so, then why should we obey Matthew 28:19, which says, “Go ye therefore”? Why carry a key around in your pocket if that key is useless—if it doesn’t unlock anything?

When I leave town by plane, none of the keys I ordinarily carry are of any use to me. I take them out of my pocket and put them in my briefcase, because it wouldn’t do any good to carry them while I’m in another city. Why should I clutter my pockets with a “useless” set of keys, since there aren’t any keys on my key ring that would unlock anything in the city I’m visiting?

For example, I could fly to Atlanta from Tulsa and find a car identical to the one I own. It could be the same make, model, year, and even the same color. But my car key will not work on that car. My key is useless as far as that car is concerned. So if the Church doesn’t have any spiritual authority today, as some people claim, then those keys that Jesus retrieved are useless, and He wasted His time telling us to “go ye therefore” in His Name!

The Church has possession of that Name. I’m not talking about your church or my church; I’m talking about the Church of the Lord Jesus Christ. Those who are born again by the blood of Jesus—they have that authority. They have the power in Jesus’ Name. He gave it to us. He gave us the key.

It’s time we realize what belongs to us and then march out boldly like Peter and do the works of Jesus. Peter knew what he had in the Name of Jesus. He had the authority to tell a crippled man to “rise and walk.” At the Gate called Beautiful, Peter said to the lame man, “Such as I have give I thee: In the name of Jesus Christ of Nazareth rise up and walk” (Acts 3:6)! 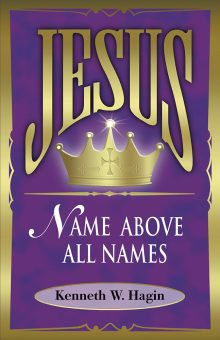