EACH OF US has a unique race to run. Hebrews 12:1 (ESV) tells us how to run it: “Therefore, since we are surrounded by so great a cloud of witnesses, let us also lay aside every weight, and sin which clings so closely, and let us run with endurance the race that is set before us.”

Running our race isn’t everything. If we’re focused only on our race, that’s a problem. Scripture teaches us the opposite. Others have run before us, and others will run after us. We must understand that we are part of a divine relay race, not an individual sprint.

It’s not about my race, my gift, or my anointing. We have to know the generation before us so we can
pick up where they left off. Then we must pass on what we have to those who will run after us.

When we understand that we’re part of an eternal relay race, we’ll realize it doesn’t matter how fast, talented, or anointed any one runner is. Without a seamless exchange, what was done in one generation will be forgotten in the next.

In relay races, runners have a 20-meter exchange zone in which to hand off a baton. The 2000 U.S. women’s relay team was considered the world’s best. Yet they didn’t win the gold in Australia because they got sloppy in the exchange zone. They grew puffed up and relaxed their focus.

The same thing happens in Christianity. We must understand our times and seasons. We can’t afford not to pray or read our Bible. WE CAN’T GET SLOPPY WITH OUR CHRISTIANITY. If we do, we might not have a seamless exchange with the next generation.

That next generation is watching what we do more than listening to what we say. There’s nothing worse than hearing kids say, “Mom and Dad tell me to read my Bible and pray, but I never see them doing either.”
Pastors have to live what they preach. It’s called anointing. A gifting will fill a room. But without the anointing, everyone who comes into that room will leave unchanged. Why? Because it’s the anointing that breaks the yoke. When we live what we preach, kids will want to know God the way we do.

We are part of a divine relay race, not an individual sprint.

Four years later, the U.S. women’s relay team lost in Athens, Greece, even though they were the fastest on paper. Why? One baton handoff happened outside the exchange zone.

As I thought about that, I realized we can miss divine opportunities to increase the momentum God has for ministry. Some people carry their entire ministry on their own. They say, “I’m the most gifted and anointed.”

But when they come to the end of their life, they’re too tired to hand off what should be
passed on. THEY FORGOT IT WASN’T THEIR MINISTRY; IT WAS GOD’S. He entrusted them with it, and they missed the opportunity to increase its momentum. We must not focus on ourselves. Our focus should be on passing the baton.

The U.S. women’s relay team had four years to practice for this race. They arrived in Beijing as the fastest and best. But in the third exchange zone, they dropped the baton and again fell short of the gold.

Do you know how many dropped batons there have been in church history? Some people never picked up their baton of faith. Others had one but quit running because it got too difficult.

WE MUST KEEP PRESSING TO FINISH OUR RACE. Hebrews chapter 12 tells us we are surrounded by a great cloud of witnesses. But we must prepare to pass the baton of faith to the next generation, no matter what difficulties we face. Let’s not get tripped up on our leg of this eternal relay race. Let’s make sure we take what God has entrusted us with and hand it off to the next generation. 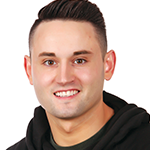