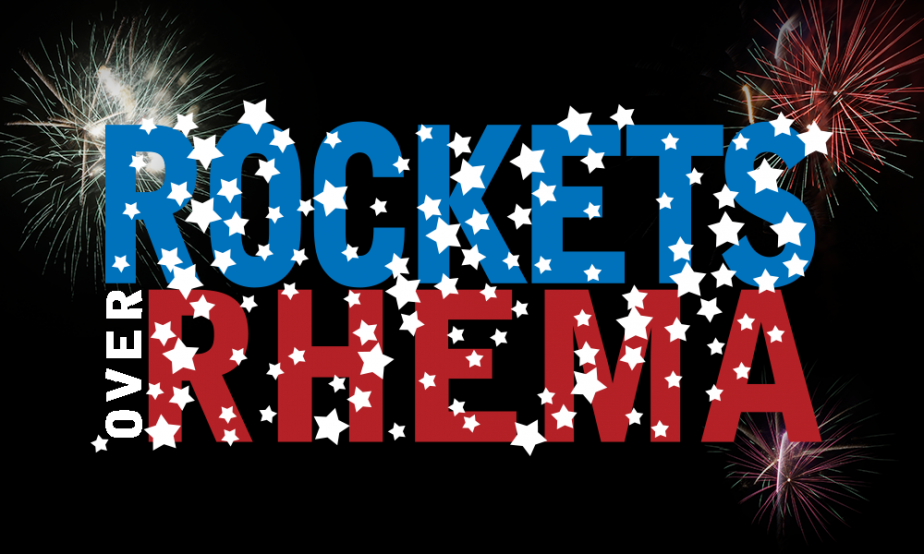 ROCKETS OVER RHEMA has become a favorite summer highlight for many. Some devoted fans travel an hour or more to see the brilliant fireworks light up Broken Arrow’s night sky.

More than 45,000 people converged on the Rhema campus for the event. This year Red, White, and You—Music of America, a patriotic musical, kicked off the festivities. Attractions included a car show featuring hot rods, classic cars and pickup trucks, and racing cars. Kids laughed and screamed as they bounced on the inflatable games. Many youngsters got fancied up at the face-painting and glitter tattoo booths. And there were plenty of burgers, fries, funnel cakes, snow cones, and other concession foods available to quiet growling stomachs and quench thirsts. Bands at the outdoor concert included the Rhema Synergy Band, Ellie Holcomb and Unspoken.

For a second year, Rhema was honored to have Rockets Over Rhema serve as the backdrop for a home giveaway. The Military Warriors Support Foundation and Wells Fargo gave the keys of a mortgage-free home to a disabled Iraq war veteran battling post-traumatic stress disorder. The U.S. Army sergeant served 12 years in the military, including two tours in Iraq.

Since it began in 2004, Rockets Over Rhema has never been cancelled because of bad weather. This year, though thunderstorms threatened and lightning flashed in the distance, not a drop of rain fell until after the dazzling fireworks grand finale.

Between the food, fun, and festivities, Rockets Over Rhema never disappoints. So mark your calendars for July 2, 2017, and plan to be in Broken Arrow for this great celebration of America’s freedom!