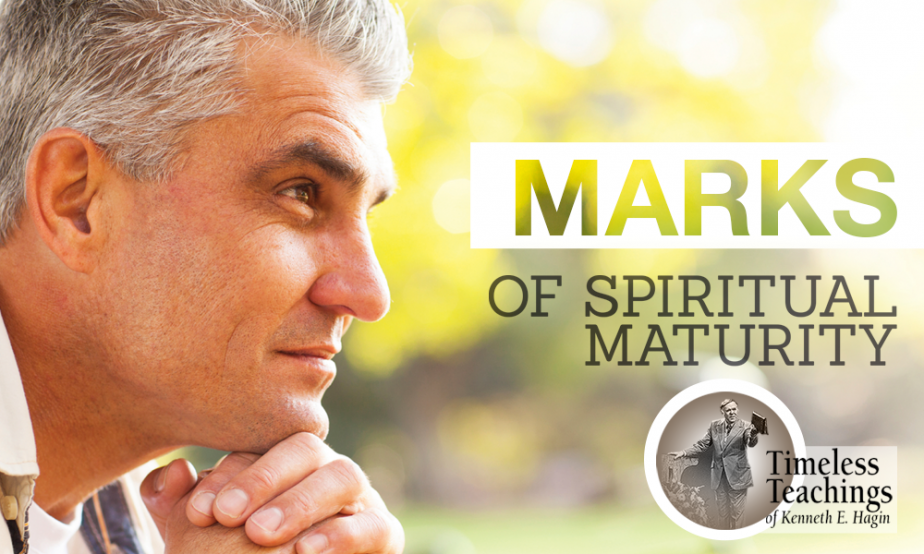 “Till we all come in the unity of the faith, and of the knowledge of the Son of God, UNTO A PERFECT MAN, unto the measure of the stature of the fulness of Christ: That we henceforth be no more children, . . . but speaking the truth in love, MAY GROW UP into him in all things, which is the head, even Christ.”

EVIDENTLY PAUL didn’t consider the church at Ephesus to be grown up yet. Did you notice he said, “But speaking the truth in love, MAY GROW UP . . .“? And “Till we all come in the unity of the faith, and of the knowledge of the Son of God, UNTO A PERFECT MAN.”

This is the King James translation. I think when it says “perfect,” our minds tend to run off on a tangent and we miss what he’s saying. Moffatt’s translation reads, “reaching maturity.” The Amplified Classic says, “that [we might arrive] at really mature manhood.”

Paul is talking about growing up spiritually, about reaching spiritual maturity, about becoming a full-grown person spiritually. God wants us to grow.

There are many scriptural characteristics of the manhood stage of spirituality. In this article we’re going to discuss just three: esteeming earthly things lightly, deadness to the censure or praise of men, and the ability to recognize God at work.

When you can see God at work in things, you can rejoice whatever is going on!Kenneth E. Hagin

Baby Christians are self-conscious, and ever-conscious of what others think about them. Therefore they are “tossed to and fro,” childishly trying to be popular.

The mature believer is God-conscious, and ever conscious of what God’s Word says about him and to him. Because he is able to testify with Paul, “It is a very small thing that I should be judged of you or man’s judgment,” he is free to voice his convictions.

He fits the description given in First Corinthians 13:5 (AMPC): He is not conceited—arrogant and inflated with pride. He is not touchy or fretful or resentful. He takes no account of the evil done to him—pays no attention to a suffered wrong.

The Ability to Recognize God at Work

One of the best spiritual examples of this characteristic is Joseph. (See Genesis chapters 37–45.) In a dream he saw certain things happen. His brothers grew jealous and wanted to kill him, but they finally just sold him into slavery. He was taken to Egypt. Eventually he refused to bow to the wishes of his master’s wife and was thrown into prison, where he stayed seven years.

Most people would have become bitter and said, “God has forsaken me.” He interpreted a dream for a fellow prisoner—Pharaoh’s butler—that he would be restored to his position. Joseph asked the butler to mention him to Pharaoh. The butler was released as Joseph said, but he forgot Joseph. It was two years more before Joseph got out.

Most folks would have grown bitter, saying, “That’s the way it is. You try to help folks and they won’t help you.” But the time came when Joseph was brought out of prison and made prime minister of Egypt.

A famine caused Joseph’s father to send his brothers to Egypt for food. They had to appear before Joseph because he was prime minister. They didn’t know him. But he recognized them—the very ones who had sold him into slavery. He didn’t tell them who he was.

Benjamin hadn’t come with them. So Joseph told them they had to leave one brother in Egypt and go and get Benjamin. When they told their father, Jacob, he didn’t know that it was God. Joseph was gone, and now they were taking Benjamin. He thought all things were against him. But they weren’t. They were all for him. He just didn’t know it.

When you’re hungry, you’ll do about anything, so Benjamin went with them. When they got there, Joseph made a feast for them and announced, “I am Joseph.” Do you know what happened? All those fellows hit the floor. That’s what Joseph had seen in his dream—his brothers bowing before him.

Here would have been a fine opportunity for most people, who were still spiritual babies, to show off. This would have been the perfect time for Joseph to tell his brothers, “Remember those dreams I had? They came to pass.”

But Joseph had magnanimity of soul. He said in effect, “Don’t worry about it—God did it.” He said, “Be not grieved, nor angry with yourselves, that ye sold me hither: for God did send me before you . . . to preserve you a posterity in the earth, and to save your lives by a great deliverance” (Gen. 45:5, 7).

When you can see God at work in things, you can rejoice whatever is going on!