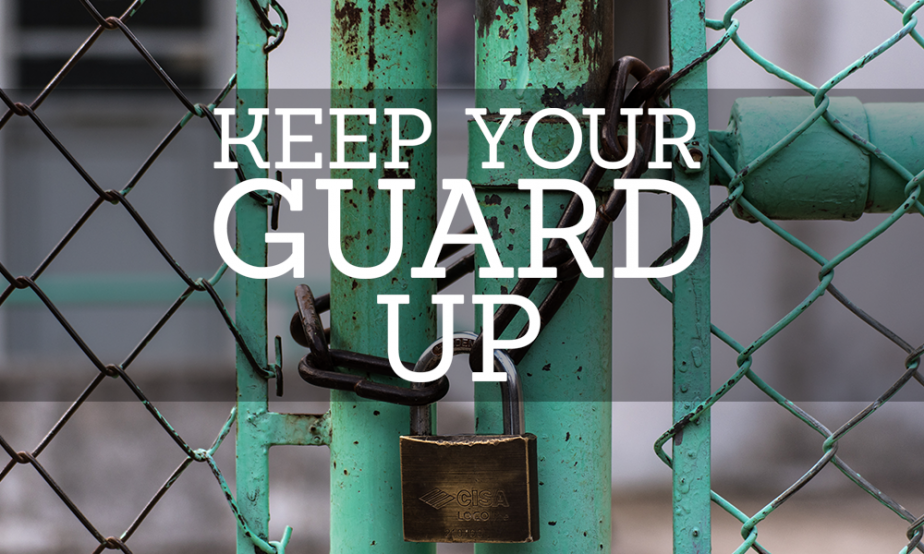 IN THE HOUR in which we live, it’s more important than ever for us to set a watch against the devil’s plots and strategies. Never before have I seen such harassment from the enemy. If we want to accomplish what God has called us to do, we must keep our guard up against Satan at all times.

There’s a dramatic story in the Book of Nehemiah that illustrates how the children of Israel set a watch against their enemies while they rebuilt the broken-down walls of Jerusalem.

Nehemiah had rallied the people to begin rebuilding the walls. But some of their enemies heard what they were doing and became furious! They desperately tried to stop the work from going forward—first of all through their words.

Nehemiah 4:1–2 (NIV) says that when Sanballat heard the walls were being rebuilt he became angry and ridiculed the Jews. He said, ” ‘What are those feeble Jews doing? Will they restore their wall? Will they offer sacrifices? Will they finish in a day? Can they bring the stones back to life from those heaps of rubble—burned as they are?’ ”

Although criticism causes many people to draw back, Sanballat’s words didn’t stop Nehemiah and the people in Jerusalem. They continued to rebuild the city walls.

When their work was half finished, their enemies became even more incensed. They plotted together to fight against Jerusalem and stir up trouble (Neh. 4:7–8).

The enemy is not going to tell us when he’s ready to launch an attack. We must constantly be aware of his tactics. We must set a watch against him day and night.Lynette Hagin

As Nehemiah and those who were helping him prayed, they also carefully set a watch against their enemies. The Bible says they held their weapons in one hand while they worked with the other hand.

So many times we forget to set those watches against the enemy. We forget to keep our weapons ready. We let our guard down when we pray.

Of course, we can’t just put up our fists and fight a physical battle against the devil. God has given us spiritual weapons to help us fight against the principalities and powers of darkness. (See Eph. 6:10–18.) But we need to set a watch continually against the forces of the enemy that would try to hinder our prayers.

For example, if we don’t receive an instant answer when we pray, we must set a watch against discouragement. Instead of giving up, we need to keep on praying. We must keep on asking, seeking, and knocking, as Jesus said in Matthew 7:7 (NLT).

And then there’s the temptation to talk negatively about people in leadership positions in the church. Set a watch against criticism and refuse to participate in that.

Above all, we need to be sensitive to what the Spirit may be telling us, individually, to guard against.

Several years ago, the heads of two major ministries in our area suffered a terrible loss when their houses burned to the ground. When the second fire occurred, I immediately said, “This is no coincidence. It’s the work of the enemy.” And my husband and I set a watch against a potential attack on our home by praying for God’s protection.

Some time later we were awakened by a call from our alarm company, telling us our smoke detector was going off. We could smell smoke, and it smelled like an electrical fire.

Finally we discovered that the fan motor in our furnace had burned out. But instead of igniting a fire, the flames had just sputtered out. I firmly believe our house was spared because we set a watch against the devil’s assignment.

You might ask, “Do we need to set a watch continually?” Yes, we do! The enemy is not going to tell us when he’s ready to launch an attack. We must constantly be aware of his tactics. We must set a watch against him day and night.

As we set our faces like flint, we can declare, as Nehemiah did, “Our God will fight for us.” Our God is going to see us through every obstacle Satan throws across our path. And as we all work together for the cause of Jesus Christ, we will scatter the forces of the devil and be a mighty force for the Kingdom of God!

Are there areas of your life you need to set a watch over? Don’t wait! Take a moment right now to declare God’s Word over those areas.