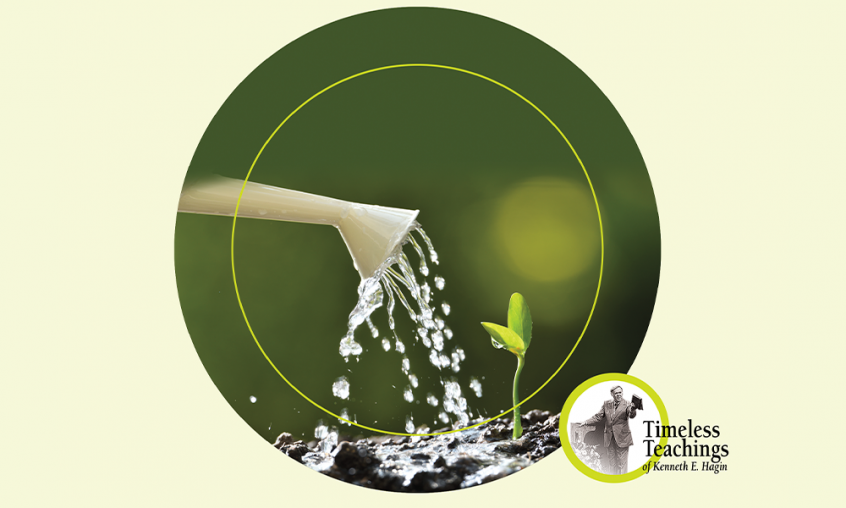 In the next verse Jesus described or defined the God-kind of faith: “For verily I say unto you, That whosoever shall sayunto this mountain, Be thou removed, and be thou cast into the sea; and shall not doubt in his heart, but shall believe that those things which he saith shall come to pass; he shall have whatsoever he saith.”

With the God-kind of faith, a person believes in his heart, and then he says with his mouth what he believes.

That’s the same kind of faith God used to create the worlds in the beginning. He simply believed what He said would come to pass. Then He said, “Let there be an earth.” And there was.

The faith Jesus talked about in Mark Chapter 11 is the God-kind of faith. Every believer already has a measure of this faith. You don’t have to pray for it; you already have it!

Romans 12:3 says, “. . . according as God hath dealt to every man [every believer] the measure of faith.” All believers have faith. The Bible says so. But many believers don’t realize it, and they are not using their faith.

You Can Grow Faith

Faith is increased by your doing two things: feeding it on the Word of God and exercising it or putting it into practice.

The Bible often uses natural, human terms to teach spiritual thoughts. For example, Jesus said in Matthew 4:4, “Man shall not live by bread alone, but by every word that proceedeth out of the mouth of God.”

Jesus was using a natural, human idea to convey a spiritual thought. He was saying to us that what bread or food is to the body, the Word of God is to the spirit—to man’s heart.

If you eat good food regularly, it will build you up physically. But even if you eat right, if you don’t exercise, all you’ll do is get flabby and out of shape.

In much the same way, you need to feed your faith on God’s Word. But you also need to exercise your faith. If you don’t, your faith muscles won’t be able to do much spiritually in the way of moving mountains in your life.

A Story of Faith

George Mueller, the founder of an orphanage in Bristol, England, was a man of faith. The orphanage he founded was strictly a faith project. He didn’t have any church because he wasn’t pastoring. He couldn’t take up any offerings to help support these orphaned children.

During his lifetime, Rev. Mueller cared for 10,000 orphans in his homes for children. He was solely responsible to believe God to feed and clothe thousands of children!

Mueller had to believe God for the money to build the buildings to house the children—plus money to pay the attendants’ salaries and the upkeep of the orphanage property.

Rev. Mueller didn’t have a mailing list to let people know what he was doing so he could ask for their help. There were no radios in those days. He had no way to publish information about his orphanage in order to solicit prayers and financial support.

The news about what he was doing would get out by word of mouth. But he simply had to believe God for the money to run his orphanages.

When he was 93 years old, Mueller wrote in his journal, “When I first started praying and believing God”—in other words, exercising or using his measure of faith—“it took all the faith I had to believe God for one American dollar. But after feeding and exercising my faith daily for 50 years, I could believe God for one million dollars just as easily as I could for one dollar 50 years before.”

Rev. Mueller said, “I always begin the day by feeding on God’s Word, not just reading it.” Before he ate breakfast, he fed his spirit man on God’s Word.

F.F. Bosworth said, “Most Christians feed their bodies three hot meals a day, and their spirit one cold snack a week. And they wonder why they’re so weak in faith.”

A lot of times people are praying, “Oh God, give me faith,” but they’re paying no attention at all to the means He’s put in their hands to produce faith—the Bible. He’s already said faith comes “by hearing, and hearing by the word of God”(Rom.10:17).

George Mueller at 93 could exercise his faith and believe God for one million dollars after 50 years as easily as he could for one dollar earlier in his ministry.

Mueller had what Smith Wigglesworth called “an ever-increasing faith” and what Paul called “exceedingly growing faith” (2 Thess. 1:3). In other words, he started out with the same measure of faith every believer starts out with. But his faith grew and moved mountains!

Start Where You Are

The thing that defeats a lot of people is, they try to believe beyond their measure of faith. I can remember in my own life, at one time it took all the faith I had to believe God for $150 a week! But after feeding and using my faith through the years, I could believe God today for one million dollars for the work of the ministry just as easily as I could believe for $150 forty years ago.

If I’d tried to believe God for that much money forty years ago, I would have fallen flat on my face. My faith wasn’t there yet. Faith has to be fed and developed for it to grow. And that takes time.

So begin where you are. Feed and exercise your faith where you are, and it will grow. Then you can believe God for more and more. 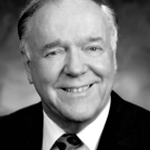