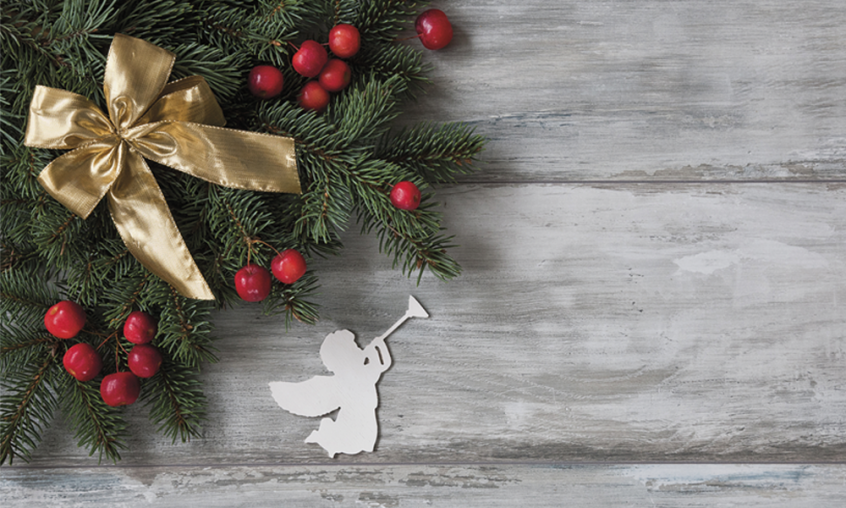 What Do Angels Do?

Christmas is a season of gift giving and beautiful decorations. Angels are a holiday adornment we see on everything—from Christmas trees to holiday cards. But what do they represent? What do real angels really do?

Throughout the Bible, we see angels doing mighty things for God’s people. That supernatural activity is still happening today! Our lives should be filled with supernatural happenings with angels playing a significant role. We need to pay more attention to them and be sensitive to their activity. Angels are doing far more for us than we realize!

Angels watch over us. I call them God’s supernatural agents. Hebrews 1:14 (NIV) reveals them as ministering spirits who are sent to serve us. They protect us, carry out assignments, and bring messages from God. Throughout the Bible, they appeared in human form.

Hebrews 13:2 (NKJV) says, “Do not forget to entertain strangers, for by so doing some have unwittingly entertained angels.” Some people want to worship angels. But we’re not to worship them (Rev. 22:8–9) or seek visitations. My dad used to say that if we pray for angelic visitations, the devil might accommodate us (2 Cor. 11:14). Jesus is the One we worship.

Hebrews 1:1–14 shows us how much greater Jesus is than angels and that they were created to worship Him. It concludes by explaining the proper place of angels in our lives: “Therefore, angels are only servants—spirits sent to care for people who will inherit salvation” (v. 14 NLT). Angels were made to follow the commands that God gives them.

We need to learn how to put our angels to work for us! They are waiting to hear what they are
allowed to do in our lives.

Psalm 103:20 (NKJV) says, “Bless the Lord, you His angels, who excel in strength, who do His word, heeding the voice of His word.” God’s Word Translation says they are “mighty beings who carry out [the Lord’s] orders and are ready to obey his spoken orders.”

When we speak the Word of God, we allow the angels to do their job. That’s because we are quoting spoken orders from God!

Have you noticed that the Bible is God talking? It is silent when no one speaks it. Scripture only comes alive when it’s read and then uttered. It’s just a great book lying on the coffee table until somebody opens it up and declares, “No weapon formed against me will prosper!” (Isa. 54:17).

When we speak in agreement with God’s Word, angels have the right to operate. When we talk contradictory to the Word, their hands are tied. Angels are listening to our words! When the angel visited Daniel, he said, “I have come because of your words” (Dan. 10:12 NKJV).

Angels are doing far more for us than we realize!Kenneth W. Hagin

When my dad started in the traveling ministry, we experienced hard times. He was good at exercising faith for healing, but not for money! While in prayer, the Lord ministered to Dad about finances.* After explaining that God had put the wealth and resources in the earth for His people, Jesus told Dad to do three things:

Dad didn’t have trouble with the first two because he already knew about authority in Jesus’ Name and binding the devil. But he had a little difficulty with ministering spirits because he had never been taught about angels. Yet he began to do it, and things changed.

These three steps aren’t limited to finances. We can do this with anything. We’ve learned faith and confession. But many of us aren’t putting our angels into operation. We hear of people binding things all the time. But if we’re going to bind, then send the ministering spirits out to help!

My dad’s book I Believe in Visions covers the angelic visitations he had. In it, you’ll find that one time God sent an angel to Dad, but he didn’t respond. (See chapter 6, “The Angel’s Visit.”)

We need to be more conscious that ministering spirits are around us all the time. It will help raise our expectations of what God can do for us in our current situations! Perhaps, we then can yield to angels in a way that allows them to minister to us!

Psalm 34:7 (NLT) says, “The angel of the Lord is a guard; he surrounds and defends all who fear him.” The word fear means “being in awe.” It appears that angels are always guarding, but this verse implies that they are only watching over those who worship Him in awe.

We all need to realize that we have angels who are ready to minister for us! Wherever we are, angels are listening to our words, waiting to carry out God’s Word spoken by us.

*To learn more, go to rhema.org to purchase Kenneth E. Hagin’s minibook How God Taught Me About Prosperity.

There are multiple incidents in the Word of God of angelic activity in the life of Jesus. The angel Gabriel announced the birth of Jesus to Mary (Luke 1:26–38). Joseph was instructed by an angel to take Mary home as his wife (Matt. 1:18–25 NIV). Jesus’ birth was announced by angels to the shepherds (Luke 2:8–15). Joseph was warned by the angel of the Lord in a dream to escape to Egypt and was later told when it was safe to return. (Matt. 2:13, 19–20).

When Jesus ended His 40-day fast, “angels came and ministered to Him” (Matt. 4:11 NKJV). In the Garden of Gethsemane, angels strengthened Him (Luke 22:43). Angels rolled back the stone from Jesus’ tomb (Matt. 28:2–8). When He ascended into Heaven, two angels told those who were watching that Jesus would be coming back (Acts 1:9–11).

Angels have probably done things for you that you didn’t realize! When you pray and ask God for something, ministering spirits cause it to happen. Take a moment and put your angels to work: