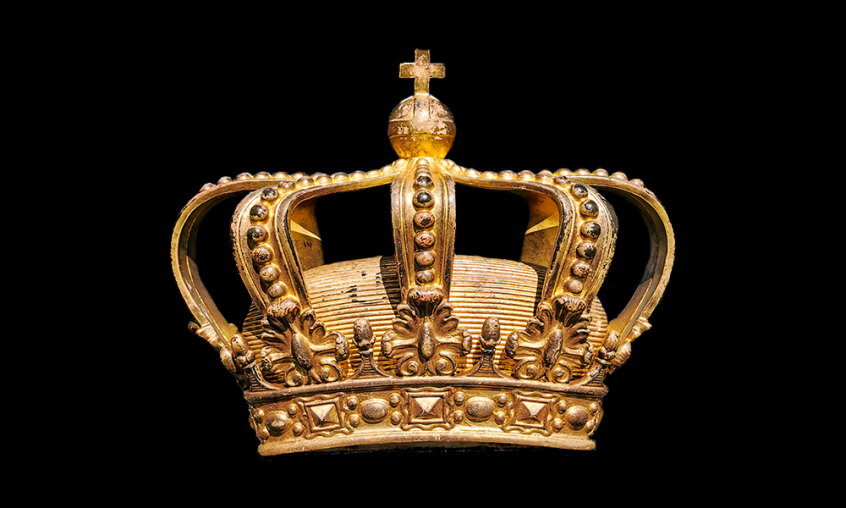 Romans 5:17 says, “For if by one man’s offence death reigned by one; much more they which receive abundance of grace and of the gift of righteousness shall reign in life by one, Jesus Christ.” If you have made Jesus your Lord and Savior, you have received this abundance of grace and the gift of righteousness that Romans 5:17 talks about. This verse goes on to say that you shall reign by Jesus Christ. Now where are you to reign?

It is inferred, and sometimes plainly taught, that we’ll reign with Jesus during the Millennium. This is true, but it’s not the whole truth. Others teach that we’ll reign in Heaven, or the Sweet By-and-By. This is also true, but it’s still not the whole truth. In both cases, either because of wrong teaching or the lack of right teaching, the impression is that we can’t expect much in this life.

This “impression” says, You can be saved, all right. But you have to continue to be ruled by the devil—by sin, sickness, poverty, fear, and bondage. You have to go through life this way until you finally barely make it into Heaven. But that’s not what the Bible teaches.

Romans 5:17 says we can reign in life—in this life—by Christ Jesus. Weymouth’s translation says, “For if by the trespasses of the one, death reigned as king through the one, much more shall they who receive the abundance of grace and of the gift of righteousness reign as kings in the realm of life.” We are to reign in the here-and-now!

The King James Version doesn’t use the word “kings” as Weymouth’s does, but the very idea of reigning brings the thought of “kings” to mind. The very notion of reigning carries with it the idea of ruling, of dominion, and of having authority.

Well, where do kings rule and reign? In their particular domain or kingdom. Paul said we “reign in life.” We have the authority to rule and reign and have dominion in our life—in the life we have here and now!

Someone might say, “Well, I don’t see very many people ruling and reigning in life.”

Many times Christians think Jesus is going to do everything for them; they do not realize they have a part to play. Notice that Romans 5:17 doesn’t say, “Jesus Christ will reign through you.” No! It says, “…THEY [that’s us] which receive abundance of grace and of the gift of righteousness shall reign in life by one, Jesus Christ.” This verse says that you and I will reign. Of course, it’s by, or because of, Jesus Christ that we have this authority, but He has given us the authority to rule and reign!

We’ve heard a lot taught about grace, and thank God for His grace. But not only have we received abundance of grace; we’ve also received the “gift of righteousness.” What does the “gift of righteousness” mean? First, it’s a gift, which means we didn’t do anything to earn or deserve it. Second, it means we have been made right with God. It means we have right-standing with God!

Unlike the sacrificial blood in the Old Testament, the blood of Jesus Christ does not cover our sins. The blood of Jesus washes away our sins (Rev. 1:5). We’re not a “covered creature”; we’re a new creature! Second Corinthians 5:17 says, “Therefore if any man be in Christ, he is a new creature: old things are passed away; behold, all things are become new.” God doesn’t make any unrighteous new creatures. We have been made the righteousness of God in Christ Jesus (2 Cor. 5:21)!

As new creatures, we don’t want to sin, and God doesn’t want us to sin, either. But if we do miss it, provision has been made for us. First John 2:1 says, “My little children, these things write I unto you, that ye sin not. And if any man sin, we have an advocate with the Father, Jesus Christ the righteous.” The Greek word translated “advocate” means lawyer or one who pleads our case. We’ve got a lawyer in the “Supreme Court” of Heaven pleading our case. Who is it? Jesus Christ the Righteous!

If I sin and lose my sense of righteousness, I quickly turn to God and say, “Dear Lord, I’ve sinned. I’ve failed. I didn’t want to, but I missed it. Forgive me.” Then Jesus goes to the Throne Room of God and says, “I took his place. I shed My blood for him.” And, Hallelujah, God sees Jesus instead of me! God sees what Jesus did to wash away sin, and He counts me righteous because of Jesus!

First John 1:9 says, “If we confess our sins, he is faithful and just to forgive us our sins . . . .” When I sinned, I lost my sense of righteousness. When I confessed my sin, God forgave me. But if that’s all that God did, I’d still have a “spiritual inferiority complex.” I’d still be ashamed to come into His Presence. I’d still lack boldness in approaching Him. But First John 1:9 goes on to say God is “. . . faithful and just to forgive us our sins, AND TO CLEANSE US FROM ALL UNRIGHTEOUSNESS.” God cleanses me from all unrighteousness! If I’m cleansed from my unrighteousness, that means I’m righteous. I can start ruling and reigning!

That means I can stand in the Presence of God without a sense of spiritual inferiority or condemnation. It also means that instead of being ruled by Satan and all of his works, I can now rule and reign over him! If this truth ever fully dawns on the Church and registers in our spirit, we’re going to rise up as giants in the land. We will be like those in the Early Church, and it will be said of us, too, that “. . . These that have turned the world upside down are come hither also” (Acts 17:6)! 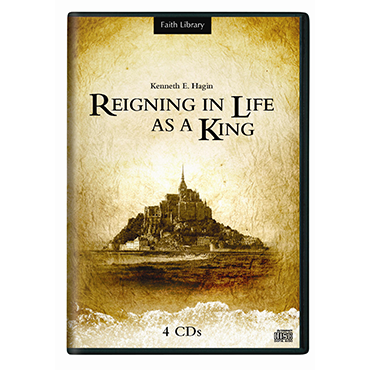