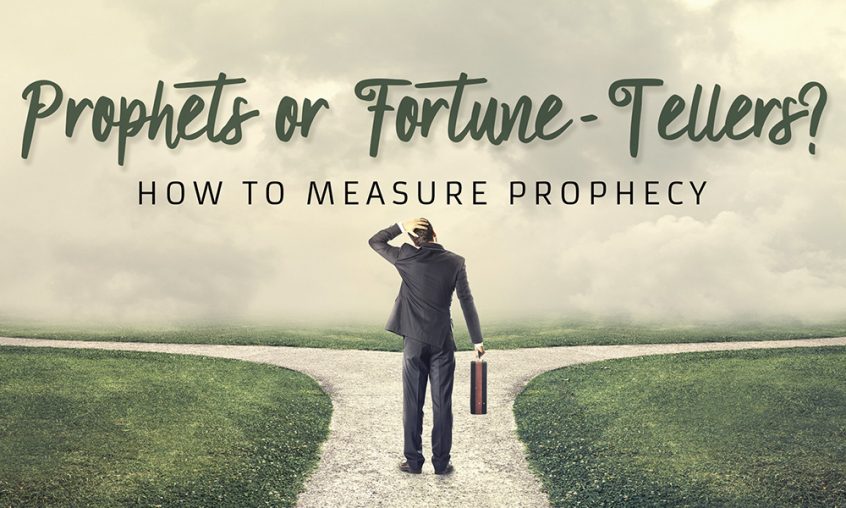 BELIEVERS WHO INQUIRE about God's direction in their lives through a prophet are on dangerous ground. Under the New Covenant, prophets are not placed in the Church to lead, guide, or direct people's lives. In fact, believers can wreak havoc in their lives by going to a prophet for guidance. Why? Because we are to be led by the Spirit of God (Rom. 8:14), not prophets.

One time a wealthy businessman came to one of my meetings. The minute I saw him, the Lord spoke to me about him. He had started going to a so-called prophetess for direction before he would make any business deal. But it wasn't the Holy Spirit that was in operation through her. She was nothing more than a fortune teller.

I told this businessman what the Lord had told me to tell him—that he was going to lose everything if he didn't quit listening to that woman. But some people only hear what they want to hear. He kept going to her for direction until he went bankrupt. He was so deceived, he wouldn't make a business move without calling her.

First Thessalonians 5:20–21 says, "Despise not prophesyings. Prove all things; hold fast to that which is good." We aren't to despise prophesying. On the other hand, we aren't supposed to believe everything everyone prophesies to us. The Bible tells us to prove all things to see if they are of God.

But just because some people get off into error doesn't mean that we do away with the legitimate prophetic ministry. A true prophet, however, doesn't try to run people's lives.

Because prophets weren't set in the Church to lead and guide people's lives, they will veer off course spiritually if they try to do so. They will open themselves up to occult powers and familiar spirits.

A man once inquired about a certain minister saying, "Our church helped sponsor this minister in a meeting here in town. Nearly every day he would come into my office, and we'd talk or go out to lunch. One day the minister said, 'You have a seven-carat diamond ring you inherited from your father. It's wrapped up in a handkerchief in the right-hand corner of the third drawer in your dresser. God said you are to get it, and give it to me.' "

Shortly after that incident, I was sitting behind that same minister on a platform as he addressed a congregation. Just as if someone were talking behind me, I heard the Holy Spirit say, "Occult powers. Familiar spirits." That's what was operating through him, enabling him to know about that heirloom diamond ring!

Familiar spirits are evil spirits that are familiar with people. They know facts about people—including believers—and those facts are often correct. For example, they could know how much money someone has in his billfold or what he has in his pocket.

The Holy Spirit knows those things, too. He could reveal that information through the gifts of the Spirit if He wanted to. But why would He want to? What purpose would it serve to know what someone has in his pocket? How would that glorify God? No, that's typically the work of familiar spirits.

The Holy Spirit reveals things that glorify God. For example, He could reveal a disease someone has and then heal the person! That would glorify God. But He doesn't very often demonstrate Himself like that unless it serves a definite purpose to help someone.

Sometimes there is a fine line between fanaticism and true spirituality and between false and genuine manifestations of spiritual gifts. Many are not able to distinguish the difference, but the Body of Christ needs to be able to do so. The Holy Spirit will always draw attention to God and exalt the Word and the Lord Jesus Christ—not man.

The Holy Spirit will always draw attention to God and exalt the Word and the Lord Jesus Christ—not man.Kenneth E. Hagin

One time a Rhema student asked me about a person who was supposed to be a prophet. This person had prophesied that the student was called to Africa and would be there in so many months. But the thought of going to Africa had never entered the student's mind, nor did he ever have anything in his spirit about it. He said he had already knew what God wanted him to do through prayer and waiting before the Lord.

"Does it have anything to do with Africa?" I asked.

"Forget what that man told you then."

"Yes, but that fellow said he was a prophet."

"Just because he said he's a prophet doesn't make him one," I told the student. "Don't pay a bit of attention to what he said. You do what God told you in your heart to do."

The Bible says a man's gift makes room for him (Prov. 18:16). If a person is called to the office of the prophet, he shouldn't have to advertise it. People will know it sooner or later by the spiritual equipment that goes along with that office.

When you are grounded in the Word, you are not going to be moved by so-called prophets or their so-called prophecies. Those who are moved by them are still spiritual children tossed about with every wind of doctrine (Eph. 4:14).

God wants us to go down the middle of the road spiritually and enjoy the scriptural operation of the prophet's office. Don't allow people to run your life through prophecy. You can be led by the inward witness of the Holy Spirit in your spirit man. Get into the Word for yourself, and get ahold of God for yourself. After all, you are in contact with Him if you are a believer!

You may enjoy "Godly Guidance" in our online study center. Go to bit.do/godlyguidance.

[Editor's Note: This article was adapted from He Gave Gifts Unto Men by Kenneth E. Hagin.] 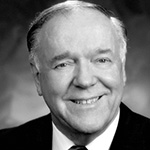 2 Comments on “Prophets or Fortune Tellers? How to Measure Prophecy”