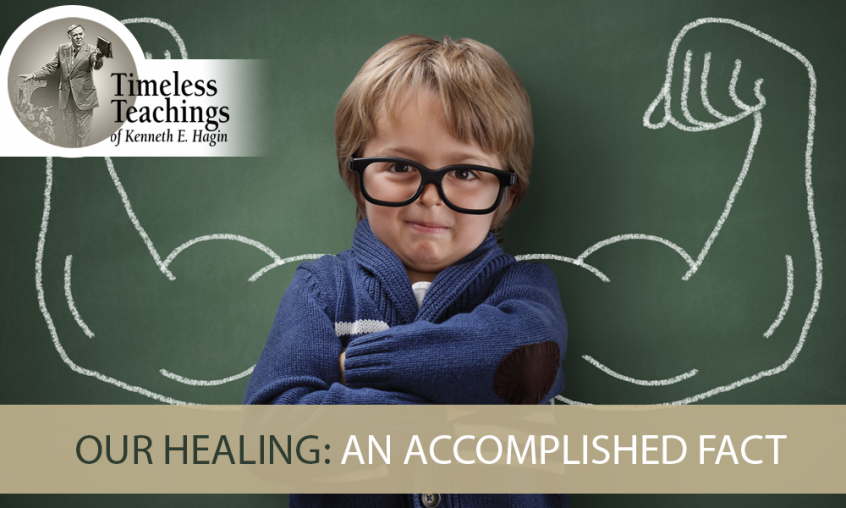 WHEN HOWLING AIR-RAID SIRENS signaled another bombing raid in London during World War II, everyone ran to the nearest air-raid shelter. Everyone, that is, except a certain elderly woman.

The people in her neighborhood were busy during the daytime cleaning up debris and trying to repair damage inflicted by the bombs. At night, they huddled for protection in the air-raid shelters.

After several nights, someone commented that this elderly woman was missing. Some speculated that she had been injured and was in the hospital. Other neighbors wondered if she had been killed. Still others thought she had gone away to the country to escape the bombs.

A few days later, one of her neighbors met her on the street during the daytime and said, "Well, we certainly are glad to see you back and to know that you are all right."

"Oh, I haven't been anywhere," she said.

"But you haven't joined us in the air-raid shelter every night. Where have you been?" her neighbor asked.

"I was home sleeping," was her calm reply.

"Sleeping?" he asked, astonished. "How could you sleep through all this? Aren't you frightened?"

"No," she replied. "When I was reading my Bible the other day, I found where it says that God neither slumbers nor sleeps (Ps. 121:4), so I decided there was no need for both of us to stay awake."

Likewise, if Jesus has borne our sickness—and Isaiah 53:4 says He has—there is no need for us to bear it too.

4 Surely he hath borne our griefs, and carried our sorrows: yet we did esteem him stricken, smitten of God, and afflicted.

5 But he was wounded for our transgressions, he was bruised for our iniquities: the chastisement of our peace was upon him; and with his stripes we are healed.

When we look up the word translated borne in this text, we find that in the original Hebrew it meant "to lift up, to bear away, to convey, or to remove to a distance."

Therefore, when Matthew quotes Isaiah and says, "Himself . . . bare our sicknesses" (Matt. 8:17), it means that Jesus has borne them away, or removed them to a distance.

This word is a Levitical word. It is applied to the scapegoat that bore the sins of the Israelite people. It is the same Hebrew word used in Leviticus 16:22: "The goat shall bear upon him all their iniquities." The high priest laid his hands on this goat and, by faith, transferred to the goat the sins and iniquities of the children of Israel. Then the goat was taken out "unto a land not inhabited: and [a man appointed for the task] shall let go the goat in the wilderness."

Therefore, when Matthew quotes Isaiah and says, "Himself . . . bare our sicknesses" (Matt. 8:17), it means that Jesus has borne them away, or removed them to a distance.Kenneth E. Hagin

Just as that goat bore the sins of Israel, the Word of God teaches that Jesus bore my sins and my sicknesses. Sin and sickness have passed from me to Calvary, and salvation and health have passed from Calvary to me.

These two verbs in the Hebrew are the same as those used in Isaiah 53:11 and 12 regarding Jesus' substitutionary bearing of sin: "He shall bear their iniquities. . . . And he bare the sin of many."

In the Hebrew, the verbs hath borne and carried signify "to assume as a heavy burden." They denote actual substitution—He actually took on Himself the burden of our sin, or our sin nature.

It is equally true that Jesus has borne our sicknesses and carried our pains. These verbs in the Hebrew mean a complete removal. When Jesus bore our sins, our sicknesses, and our pains, He bore them away. He completely removed them!

Both of these verbs signify substitution. They mean "one bearing another's load." That is what Jesus did for us. As our Substitute, He bore our sins and our sicknesses.

That is the reason divine healing belongs to every child of God. There is no need to question God's will in the matter when you know this.

If Jesus bore our sicknesses and carried our pains, there is no need for both of us to bear them!

This scriptural truth became a reality to a woman who came for prayer in one of my meetings. She had a purplish-colored malignant cancer on her face.

I instructed her to say, "According to the Word of God, I am healed. I believe this cancer is healed."

I told her, "According to the Word, it is healed. Go to bed saying it. Get up saying it. Say it sweeping the floor. Say it washing the dishes. Say it every time you think of it. I feel led of the Lord to tell you to do this for 10 days."

On the 10th day the telephone rang in our parsonage. This woman was on the other end of the line, but she was almost too excited to talk. Finally, she managed to say, "The cancerous growth just came off my face! It has a lot of roots on it. It all came out, and there is no hole on my face. It is as smooth as a baby's skin."

When was this woman healed? On the 10th day? No, she was healed back there at Calvary, but her healing was manifested when she believed it.

[Editor's note: This article was adapted from Kenneth E. Hagin's slimline book Healing Belongs to Us.]

Possess the Promise God's Word says it is His will to heal us. And through Jesus' death on Calvary and His resurrection, the price for sin has been paid and sickness has been borne away. As you walk with God, take time every day to thank Him for the great gift of healing that He has given us through Jesus Christ. And know that, like any other gift, it is ours freely. All we have to do is accept it and, by faith, possess the healing God has promised us in Isaiah 53:4–5.