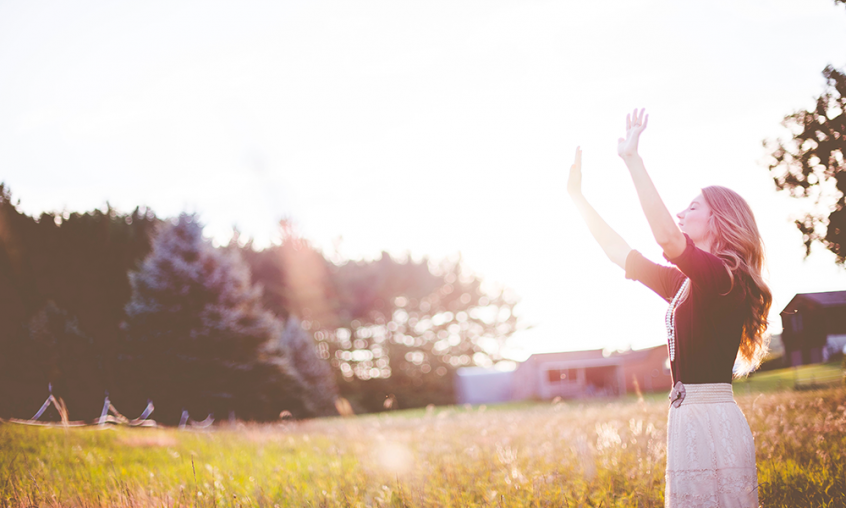 In a time when much of the world is up in arms, we must recognize that we are in a fight of faith. The greatest enemy to faith is a lack of understanding of God’s Word. A lack of understanding regarding righteousness and its privileges holds more Christians in bondage than any other thing.

Each Christian has been called upon to fight the good fight of faith (1 Timothy 6:12). There wouldn’t be such a fight to faith if there weren’t enemies, or hindrances, to faith. We need to understand the enemies to faith and overcome them so that our faith can grow.

16 Confess your faults one to another, and pray one for another, that ye may be healed. The effectual fervent prayer of a RIGHTEOUS man availeth much.

This verse states that the prayer of a righteous man avails much. A lack of understanding of what righteousness is and what privileges righteousness gives to the believer holds more Christians in bondage than any other thing. In my opinion, righteousness is one of the most misunderstood subjects in the Bible.

10 For with the heart man believeth unto righteousness. . . .

17 For if by one man’s offence death reigned by one; much more they which receive abundance of grace and of the gift of righteousness shall reign in life by one, Jesus Christ.

Notice that Paul makes two significant statements in these verses about righteousness:

1. With the heart man believes unto righteousness.

2. When we receive Jesus and are born again, we receive the “gift of righteousness.”

On the bed of sickness more than sixty-five years ago, after five doctors had given me up to die, I began to read the Bible. I knew if there was any help for me, it had to be in God’s Word. My spirit kept telling me I didn’t have to die. (You see, your human spirit knows things your head doesn’t know, particularly if your spirit has been born of God.) Something on the inside of me—in my heart or spirit—told me there was hope and help for me in God’s Word. So I got into the Word with an open mind, and I began to see some things about faith and prayer.

When I read in James 5:16 that “the effectual fervent prayer of a righteous man avails [or works] much,” the devil took advantage of my lack of understanding of God’s Word to try to defeat me. He knew he could defeat me on this point because I didn’t know what righteousness was, nor what privileges it gave the believer.

Notice that in this case, the devil didn’t contradict what the Bible said, nor did he say, “You can’t pray the prayer of faith,” because he knew I recognized my rights in this area. So he used a more subtle tactic by reminding me of all my mistakes, faults, and failures and by telling me I wasn’t righteous. He knew I didn’t understand righteousness. I thought righteousness was some kind of spiritual state I might eventually attain—if I could grow enough spiritually.

Then the devil bluntly asked me, “Well, are you righteous?” I said, “No, I’m not.” As I looked at myself from the natural standpoint, I wasn’t what I considered righteous. I knew I was far from it.

Because I didn’t understand my right-standing with God and because I accepted what the devil said, I permitted Satan to rob me of the blessings God intended for me to have.

However, as I kept reading the Bible, I found that in the Old Testament, God had set up a system whereby the blood of innocent animals was shed to cover the sins of the Old Testament saints. Thus, God did not hold sin against them, but He “counted,” or considered, them as being righteous.

1 Blessed is he whose transgression is forgiven, whose sin is covered.

2 Blessed is the man unto whom the Lord imputeth not iniquity. . . .

Then in the New Testament, I saw that the Bible says we have a better Covenant established on better promises (Heb. 8:6). In the Old Testament, sins were covered, but the New Testament declares we are cleansed from sin by the blood of the Lord Jesus Christ!

17 Therefore if an man be IN CHRIST, he is a new creature: old things are passed away; behold, all things are become new.

21 For he hath made him [God has made Jesus] to be sin for us, who knew no sin; that we might be made the righteousness of God IN HIM.

In Christ we become new creatures (v. 17). In Him we become the righteousness of God when we are born again (v. 21). Hallelujah!

When you are born again—when you receive Jesus Christ as your Savior—you become a new creature in Him! God does not make any unrighteous new creatures. That would be an insult to the work of God! No, we have been made the righteousness of God through Jesus Christ.

Romans 5:17 tells us that we have received an abundance of grace and “the gift of righteousness.” Righteousness is a gift! When you were born again, you became a new person in Christ Jesus, and you were made the righteousness of God in Christ (2 Cor. 5:17,21).

You are born righteous when you are born again! You are made the righteousness of God in the New Birth. That’s why the Bible says that if any man be in Christ he is a new creature (2 Cor. 5:17). That’s also why the Bible compares being a new creature to the innocence of a newborn baby. “AS NEWBORN BABES, desire the sincere milk of the word, that ye may grow thereby” (1 Peter 2:2).

The Bible teaches that there is a similarity between spiritual growth and physical growth. Christians are born babies, and they grow up. But those who are newly born into the Kingdom of God are just as righteous in the sight of God as older saints who have been born again and living for God fifty or sixty years.

But I began to look at God’s Word again, and I found this verse in First John:

9 If we confess our sins, he is faithful and just to forgive us our sins, and to cleanse us from all unrighteousness.

John wasn’t writing to the unsaved in this passage. He was writing to Christians!

When we sin, we fall under condemnation and lose our sense of righteousness. But when we confess, “I have sinned, God. Please forgive me in Jesus’ Name,” God does two things. According to First John 1:9, God forgives us of our sins, and God cleanses us from our sins. If God just forgave our sin, it wouldn’t help us much, because we would still be under the condemnation of sin. But, no, God actually cleanses us from all sin.

After I saw this in the Word, I answered the devil with that news and put him on the run. And he’s been running ever since! Up until then, the devil had me on the run. But after I learned who I am in Christ Jesus, I started meeting the devil head on. Now he’s the one who turns and runs, because he found out I know what the Word says. I know where I stand with God!