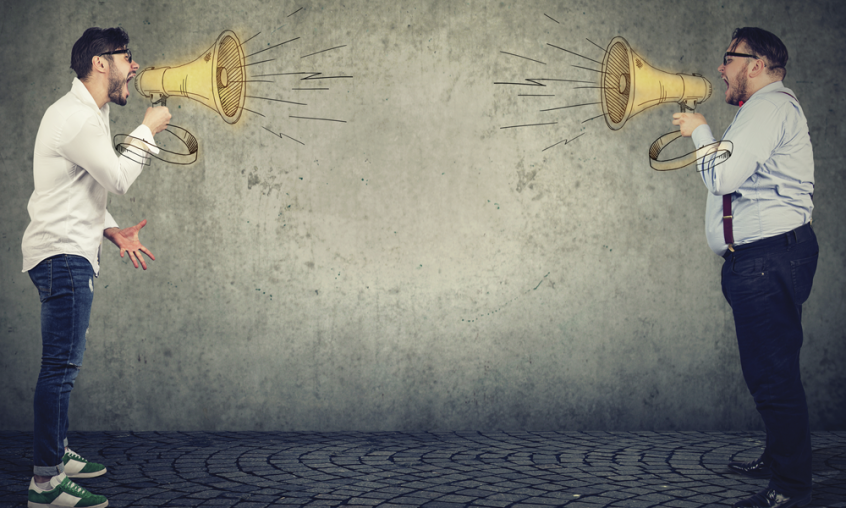 People can have conflicts over anything. Employees can disagree over who’s responsible for a task. Roommates can argue about whose turn it is to vacuum the floor. Spouses can disagree about which movie to watch. There can be issues involving doctrine, relationships, money, and more.

How do you handle conflict? When it arises in your life, do your tactics lead to heated debate, strife, and more conflict? Or do you refuse to deal with conflict by “going into hiding” and pretending it doesn’t exist?

Learning how to handle conflict is important. When it isn’t dealt with, it can lead to strife, confusion, and offense. Here are four ways to resolve conflict and remain in the love of God.

Before a conflict can be resolved, the people involved must be willing to open their hearts and receive one another. Often, conflict isn’t resolved because one or more of the people involved become closed-minded. They might say, “I don’t like what so-and-so did, and I’m never going to speak to him again!” Those people aren’t making room in their hearts for anyone. They’re only making room for more conflict, offense, and trouble!

Sometimes you have to be the first one to say, “Hey, look, there’s a problem. What can we do to resolve it?” Then, do what you can to encourage openness, because without it, communication cannot continue.

Conflict cannot be resolved unless you are willing to face the issues, not dodge them. Why do people hold on to offense when it would benefit them much more to deal with the conflict and let it go? One reason is, they’re yielding to the flesh. And that always motivates a person to insist on his own rights and his own way. Consequently, they hold on to thoughts like, “I was mistreated! After all I’ve suffered, I have a right to feel this way!”

Yielding to the flesh motivates people to justify their behavior rather than repent. Show me someone who never admits he’s wrong, and I’ll show you someone who’s walking after the flesh, not after the Spirit!

A key to resolving conflicts is to be willing and ready to deal with them as they come.

Many people say they want to resolve an issue, but they aren’t willing to face the real problem. That’s because if they do, they’ll have to admit they’re at fault, or they’ll have to change.

If you’re involved in a conflict, be accountable. Accept your role in creating disharmony. Face the issue squarely. It’s still in good taste to say, “I’m sorry,” when you miss it!

Some people who “come to the table” to resolve a matter want to leave saying, “I won.” But if a conflict is resolved properly, both parties should be able to say, “We won.” That’s because a problem was solved and a relationship salvaged. God’s love was able to prevail—and that should spell victory in anyone’s book!

Most people don’t mind working to resolve a conflict if they end up feeling they accomplished something. They don’t want to leave just feeling “trampled on.” This is especially true of husbands and wives. Spouses should always walk away from a conflict with their unity restored. They should not leave at a standoff with unresolved issues.

Conflicts can arise between employers and employees, husbands and wives, parents and children, friends, and co-workers. Wherever a conflict exists, people have feelings. It doesn’t matter who they are or what their age or status is. No one involved in a conflict should ever criticize or condemn another person so they feel worthless and hopeless.

For conflicts to be resolved, the people involved must feel loved and worthwhile. The Apostle Paul told the Church in Corinth, “I have great confidence in you; I take great pride in you” (2 Cor. 7:4 NIV 1984). Paul was simply telling them, “I believe in you.” This is exactly how we should treat our children. Parents who communicate their faith and confidence in their children when they’re young will likely have less conflict to deal with down the road. And when conflict does occur, both parties—not just the parents—will want to resolve it.

Teenagers often aren’t willing to try to work through a difficult relationship with a parent because they feel worthless and hopeless. They don’t want to listen to a parent who just points out their mistakes. They need to know that their parent believes they can succeed in life no matter how badly they’ve failed.

To settle a conflict, you must express confidence in the other party. If someone offends you, you need to say, “No matter what’s happened, I still believe in you.” Building a person’s feelings of self-worth makes him more eager to resolve a conflict and solidify a relationship.

Conflicts aren’t always resolved overnight. That’s especially true if they’re long-standing or they’ve been silenced through either ignorance or willfulness.

If you’ve not spoken to a loved one in years, I encourage you to decide to settle that issue. Even if the other person was the offender, you can take the first step.

Begin by forgiving that person if you haven’t already done so. Then try to establish openness. Perhaps you can open your heart to that person by writing a letter, sending an email, or reaching out through social media. You could say something like, “Let’s put this issue behind us.”

Many times, all it takes is one small gesture by one person to begin the healing process. The goal is to resolve a conflict and reestablish a valuable relationship. Even though the other person may not respond to your move, make it anyway.

A key to resolving conflicts is to be willing and ready to deal with them as they come. That means we need to be open, direct, gentle, and noncritical. We must desire restoration and unity. We must value the people in our lives as precious. And we must remember that Christ died for them all.

Are you quick to resolve conflict? If you’re not, tackle the issue today! 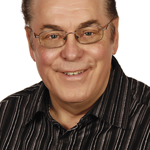