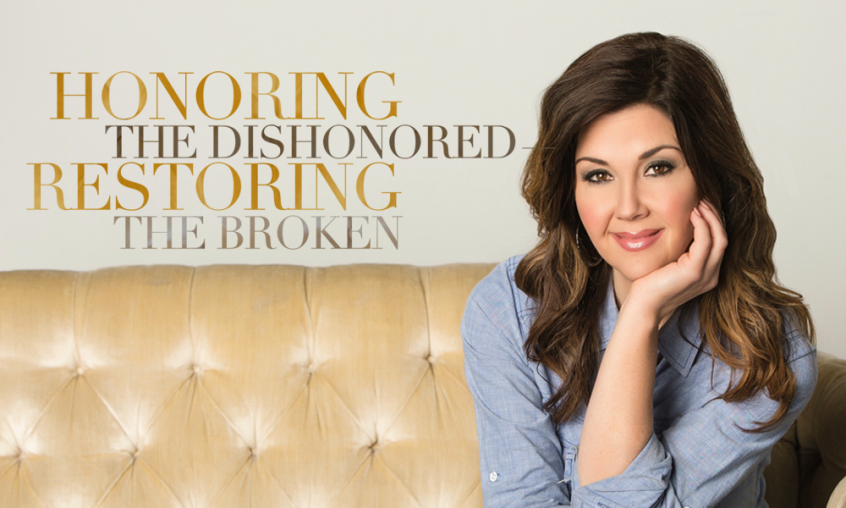 The invitation went out to women across Grenada. "Come. We want to celebrate and honor you." And they came! Young and old and in between—3,000 women attended the Caribbean Ladies Celebration in July!

AS THE WOMEN of this southeast Caribbean island nation stepped onto the red carpet leading into the event venue, they were greeted with applause and adulation. Some didn't know how to respond—their eyes stayed glued to the ground. One woman burst into tears and fell to her knees. The greeters helped her to her feet. No one had ever treated her this way before. For the first time in her life, she felt like royalty.

No one left the two-day event unchanged. Gone were the insecurities. With their heads held high, the women returned home strong, emboldened, and secure. They now know who they are, but also Whose they are. They're stepping into the roles God called them to. They're fearlessly tackling challenges and exploring new opportunities.

How It All Got Started

More than a year and a half before the Caribbean Ladies Celebration, Grenadian pastors were seeking God on behalf of their country. They wanted Him to move in their nation. The Lord told them that some significant things were going to happen, but it was clear to the pastors that He wanted to move among the Grenadian women first. They knew exactly who to call to help them with this—Rev. Jen Tringale, a 1997 graduate of Rhema Bible Training College.

Rev. Jen had ministered in Grenada for the previous 14 years. Her first missions trip to the nation was to hold an all-day event on a long-abandoned airstrip on the north side of the island. Everyone who came was fed what would be the equivalent of a steak dinner to Americans. Reggae praise and worship music continually filled the air.

People sat on the ground in family groups eating and listening to the music. Every hour on the hour, someone presented the Gospel. When calls to accept Jesus or to be healed were given, Grenadians responded by raising their hands. Members of 10 local churches and 35 young people from the United States ministered to those present and led hundreds of families to the Lord!

Afterward, local pastors came to Rev. Jen weeping. "This will forever change what ministry will be like here," they said. "This doesn't look like church."

Since 2003 God has sent Rev. Jen back to Grenada again and again—each time with a different ministry strategy. Once she took medical students and Spirit-filled nurses to hold first-aid clinics. Other times, she's ministered to the youth and children. When she has asked to speak in the schools, the Grenadian Minister of Education has suspended classes for one hour so she can hold an assembly. She's been given permission to minister however she'd like during that time. Rev. Jen has given altar calls and even preached on the baptism in the Holy Spirit!

Because of Jesus, our needs are met spiritually, physically, financially, emotionally, and every other way.Kenneth W. Hagin

Every Trip Led Up to This Moment

In 2015 the pastors asked Rev. Jen to prayerfully consider coming to Grenada and reaching the nation's women through a major event. As she sought the Lord about this, He told her He wanted to honor what had been dishonored and restore what had been broken. And as Rev. Jen prayed, the Caribbean Ladies Celebration began to take shape. "It was a huge step from just ministering in Grenada every year," she says. But it was a moment when she knew that everything she had done previously on the island had led up to this gathering.

Of course, a conference of this magnitude has to be a team effort carried out by many volunteers and ministries. Pastors and ministers from seven U.S. states came on board and participated. Several on the team were Rhema graduates, and 12 Grenadian churches partnered with the event.

The lives of the women who came to the conference have been forever changed. One night Rev. Jen laid hands on those who had been involved in witchcraft or who had family members who had been. And God's power destroyed bondages and set women free.

The conference also included a team-training day for local church members on how to usher, greet, and serve in other ways.

God's mandate on Rev. Jen's ministry is to awaken destiny within the heart of a person, a church, a city, and even a nation. During the conference, many women had awakening moments. They learned that God had placed gifts inside of them, and they discovered that He had a plan for their lives. But more than this, they found out how they can impact people in their communities. Today they're doing things they never dreamed of as they walk out their God-given destinies.

Sunday night after the conference, Jen Tringale Ministries held a reception for Grenadian pastors and government dignitaries. Some arrived with tears; others overflowed with joy. "We had no idea of what was going to happen through this conference," they said.

The pastors explained that it had been difficult to stir up a passion to serve in the church. But after the conference, their phones were ringing off the hook. Callers were saying, "Pastor, we see the big picture now of what church can be like. Can we usher like we did at the conference? Can we greet like this? How can we serve?"

Four pastors shared that for the first time their wives had ministered during Sunday morning church services. Some had a word for the congregation—others prophesied. The Caribbean Ladies Celebration empowered the women who attended to step into their rightful place as ministers.

The effects of the conference will be felt for a long time. Women across the nation have awakened to God's plan for them. They've risen to a new level. And for this mighty moving force, there's no turning back!

The Greatest Love Story Ever Told!

» Continued OPEN DOORS; the right doors to be opened; and open doors in the nations

» For the "awaken destiny" MANDATE to go forth