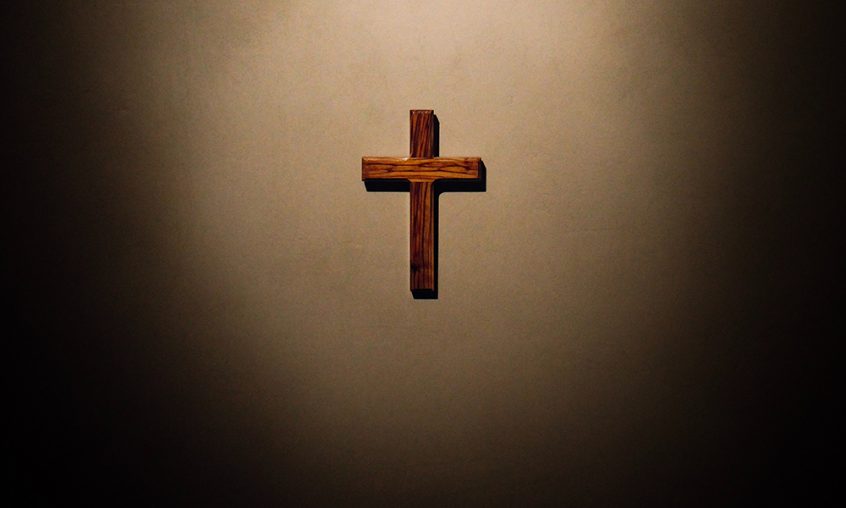 8  Wherefore he saith, When he ascended up on high, he led captivity captive, and gave gifts unto men.

9  (Now that he ascended, what is it but that he also descended first into the lower parts of the earth?

10 He that descended is the same also that ascended up far above all heavens, that he might fill all things.)

12 For the perfecting of the saints, for the work of the ministry, for the edifying of the body of Christ:

13 TILL WE ALL COME IN THE UNITY OF THE FAITH, AND OF THE KNOWLEDGE OF THE SON OF GOD, UNTO A PERFECT MAN, UNTO THE MEASURE OF THE STATURE OF THE FULNESS OF CHRIST:

14 THAT WE HENCEFORTH BE NO MORE CHILDREN, tossed to and fro, and carried about with every wind of doctrine, by the sleight of men, and cunning craftiness, whereby they lie in wait to deceive;

15 But speaking the truth in love, MAY GROW UP into him in all things, which is the head, even Christ.

I think that when the King James Version says “a perfect man,” our minds run off on a tangent and miss what the Scripture is saying. Moffatt’s translation says, “Until we reach maturity.” The Amplified Bible reads, “Let us grow up in every way and in all things.” Another translation says, “Until we reach mature manhood.” Paul is talking about growing up to be a man, or a mature person, spiritually speaking.

2  As newborn babes, desire the sincere milk of the word, that ye may grow thereby.

One natural characteristic that attracts us to a baby is its innocence. We never think of a baby as having a past. It doesn’t have one.

We should never outgrow certain characteristics of spiritual babyhood. One is this state of innocence.

A new convert is full of faith—ready and willing to learn. We should always keep a teachable spirit. Sometimes when people grow older chronologically, they get to the place where they have a know-it-all attitude—a “you-can’t-teach-me-anything” attitude. These people can’t be helped by anyone, including God Himself, because they won’t listen.

After one of my services, a group of men were standing and talking at the back of the church I pastored. As I went up to shake hands with them, one of the deacons said, “Brother Hagin, what do you think about such-and-such?”

(He mentioned a certain Bible subject. Later, I learned he purposely tried to draw me into the conversation.)

I said, “Well, I know what the Bible says about it. But I don’t know just where your discussion is and whether or not I could fit my comments in.”

The man this deacon wanted to help was also a member of the church, and he spoke up immediately.

“Well, I’ll tell you. Not you or anyone else can tell me a thing in the world about that subject. I know all there is to be known on it. I know all about it."

“I said, “If you know everything there is to know about it, you’ve got me beat!”

And if he did know everything there is to know about the subject, he had every other preacher and person I’d ever heard or seen beat too. To tell the truth about it, that fellow was the biggest baby in the entire church. He didn’t know all about anything!

We need to keep an open and teachable spirit, as well as an innocent spirit toward God and man.

Babies are ignorant concerning these things.

Babies have actually died as a result of not knowing the difference between what should and should not be swallowed. Some of them have swallowed a kind of poison. Others have swallowed aspirin or other medicines. These babies were ignorant of the effect these things would have on them. Unfortunately, there can be a high price to pay for such ignorance.

Many Christians think nothing at all of gulping down some poisonous doctrine that will poison their spiritual life and, eventually, ruin their testimony if they accept it.

A number of years ago, a denominational minister was filled with the Holy Ghost and spoke with other tongues. I knew of no greater soul-winner than this man. He was outstanding. He could get people saved when no one else could.

It seemed to me that you could stand up the 12 best preachers in America and let them all preach and give an altar call. Then you could have this man preach to the same crowd, and he would get more saved than any of them did—even after they all had the first shot at it! That was his ministry.

But this man got to reading after some false teaching. He finally accepted some false doctrine and got into a ditch. He had what he called a “marvelous revelation.” (Now I believe in receiving revelations as long as they are in line with the Word of God. But we must examine these things in light of the Word.) This man’s revelation was this: No one is going to be lost—everyone is going to be saved, even the devil. And this man quit preaching to the lost. His ministry stopped.

I know some Pentecostal people who were tremendous soul-winners, getting people saved and filled with the Holy Ghost. But they got taken up with certain doctrines. Some of them told me, “God is doing a different thing nowadays.”

No, God is not doing a different thing. They were just off their rocker! God is still concerned about saving people. Those preachers just left the fundamental truths of the Word of God and went off on something that doesn’t amount to a hill of beans.

Some things are poisonous. And with some things, it doesn’t make a whole lot of difference what you believe about them—they’re not essential to salvation, and it wouldn’t make any difference whether you believed them or didn’t believe them.

But too many times, Christian people will feed on everything in the world except the right thing, and they become poisoned. Then they lead disciples off after themselves. If the Spirit of God is in it, He is concerned about there being unity.

Remember Ephesians 4:13: “Till we all come in the unity of the faith, and of the knowledge of the Son of God, unto a perfect man, unto the measure of the stature of the fulness of Christ.” That which divides Christians is not of the Spirit of God—it is of the devil! The Spirit of love never divides.

I went into a Christian home and saw some books lying on the living room table, which I knew were poisonous. They were religious books, but they were poisonous. I purposely worked the conversation around to the books, picking one up and saying something about it.

This person (who was born again and Spirit-filled) said, “Oh, that is just the most wonderful thing!”

In the early days of my Christianity, I had happened to get hold of some of these same books and had detected immediately the poison on them. So for this man whose home I was visiting, I turned to some particular pages and began reading certain passages to him.

“Well, now, Brother Hagin,” he said, “they give ‘chapter and verse’ in there. I looked some of them up, and those verses are in the Bible.”

I said, “Certainly. If they didn’t give some verses—though they may take them out of context—and a little Bible truth, folks wouldn’t read it.

“If you were going to poison an animal, you wouldn’t just set out the poison—the animal wouldn’t touch it! You would have to put the poison into a good piece of meat to get the animal to bite. In the same way, the devil knows how to give you some good Scripture to get you to eat, but he will also put a little poison in it.”

Be careful when you read, no matter who wrote it. And don’t read everything you can get your hands on. Unless you are a full, mature Christian and are able to “rightly divide” it, it would be best for you not to read just everything you can find to read.

I held a meeting for a very well-educated Full Gospel minister, a doctor of divinity. Until that time, I had never seen a larger library than his. He had a large office with an adjoining room equally as large as his office. And on every wall of both these rooms, from ceiling to floor, he had books. Being a bookworm myself, I was interested in looking his library over, and I read some of his books during my three-week stay.

During a conversation with me, he said, “Brother Hagin, I’ll be perfectly honest with you. There are some things I’ve read that I wish I’d never read. They bother me to this day, though I don’t read them anymore.”

(He mentioned some of the books he was talking about, and they were religious books.)

He said, “I wish I’d never read those books. They hinder my faith and keep me from believing God fully to this day.”

When I start reading something that takes faith out of me instead of putting faith in me, I have enough sense to lay it down right then! I don’t want to give the devil any place in my life. If I begin to read something that tears down Christian doctrines and principles, I’m finished with it right then.