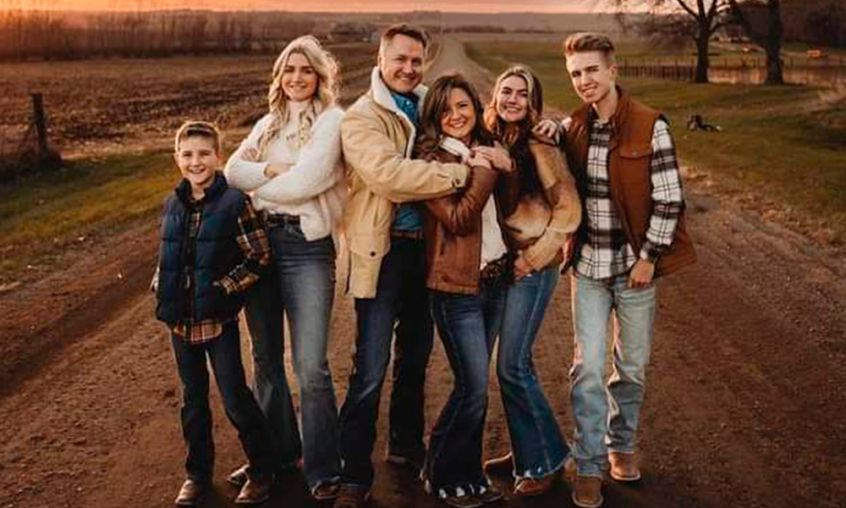 WHEN KOLBY AND Afton Johnson started Victory Life Church in Brandon, South Dakota, in 2017, their youth group consisted of two teens who met in a basement. By summer, seven youth
were coming.

The Johnsons wanted the teens to experience summer camp. But with only seven youth, their number was too small to put on a camp themselves. Their solution was Summer Blitz, the youth services held during Campmeeting at Rhema USA.

“Rhema has a built-in youth leadership who are full of faith and full of the Word,” says Afton. “They’re on fire for Jesus.”

The Johnsons began what they call “family camp.” In addition to the seven youth, they pretty much brought their entire church to Campmeeting. That year, 15 people made the trip to Broken Arrow.

Kolby says exposing their church family to Rhema has been one of the best decisions they’ve made. “It’s like hooking them up to vitamin therapy on an IV,” adds Afton. “And it’s true. You catch the spirit of faith.” Spending one week at the end of July in Broken Arrow was life changing.

Summer Blitz had the same impact on the youth as Campmeeting had on the adults. After returning to South Dakota, those seven kids were on fire for God and began multiplying themselves. They went to their schools and began telling their friends about God and the Wednesday evening youth meetings with the Johnsons.

The Victory Life youth group literally exploded. Today, up to 120 young people meet at the Johnsons’ farm, setting up lawn chairs on their front yard during the summer months. When the weather gets too cold to meet outside, they move into a large conference room at a local business.

At least 60 percent of the youth don’t attend church Sunday morning at Victory Life. They go to their denominational churches with their parents. “It’s like our youth group is its own outreach,” says Kolby.

The teens come from everywhere. Some drive up from Sioux City, Iowa, an hour away. They’re from every background and denomination. Some grew up as atheists. Very few have a Pentecostal background, and none had heard the faith message.

“We don’t have a rec center or something that’s a draw. They’re hearing the Word and that’s it,” says Afton. “We worship to YouTube videos. There’s no worship band. But I can tell you, the worship is anointed. It’s so pure.”

Three generations of one family were transformed and it started with the youngest.

Often, youth who don’t want anything to do with God get dragged to church by their parents. That’s not the case in South Dakota.

At Victory Life, the kids come on their own. They don’t have to be told to put down their phones. They want to hear the Word. Youth services are not held in conjunction with adult services. It’s common for the youth to go to the altar crying. It’s not that they need to repent. They’re crying because they want their moms and dads to have what they have. And they’re interceding for their classmates to come to know God.

Victory Life is growing because the youth are bringing their parents to church. At least five families have joined because of their teenagers.

One time Kolby received a voicemail from a father. He wanted to talk to Kolby about his 17-year-old son, John.* A young girl who regularly attends the youth group brought John one Wednesday. When he got home that night, he was completely changed. Mark,* John’s dad, told Kolby, “I have a different kid.”

Mark had been going through a rough patch in his life, and because of the dramatic change in his son, he started coming to Victory Life. One Sunday morning, Mark came forward to be saved. John followed his dad to the altar. He put his hand on Mark’s back and began praying. John looked at Kolby and whispered, “Whatever you did for my son, could you do that for me?”

Mark’s life started to change, and he began bringing his parents to church. Before long, they were Spirit filled. Then Mark’s sister attended a women’s Bible study held in the Johnsons’ living room, and she gave her life to the Lord. Three generations of one family were transformed, and it all started with the youngest.

When the Johnsons started the church, God told them He would give them a strategy. “We were waiting for this big plan to unfold,” says Afton. “Like somebody saying, ‘Thus saith the Lord,’ or for God to download instructions.”

But there was no burning bush. The Johnsons just kept pouring into the youth and using Rhema’s conferences as a way to supercharge their church family with faith. As they did, they found they’d actually stepped into the center of God’s strategy.

The adults are inoculated with faith when they come to Broken Arrow. Their vision comes up higher because they’re seeing miracles for themselves. Instead of Kolby and Afton telling them about miracles, they become a part of them.

The Johnsons have provided a place where young people encounter God every Wednesday. In doing so, the teens have become a catalyst for change in their schools and homes. They are kindling the flames of revival in their corner of South Dakota and neighboring states, ready and eager to change the world for Christ.

*Names have been changed.

“Bring Me the people that nobody wants, and watch Me make champions out of them.”

This is what God spoke to Kolby before Victory Life Church started. Kolby and Afton want to open a dream center on the north side of Sioux Falls, South Dakota. Their goal is to help people obtain
their GED, find a job, and get out of the situations they’re in financially, emotionally, and mentally.  The Johnsons also want to start a Christian K–12 school.