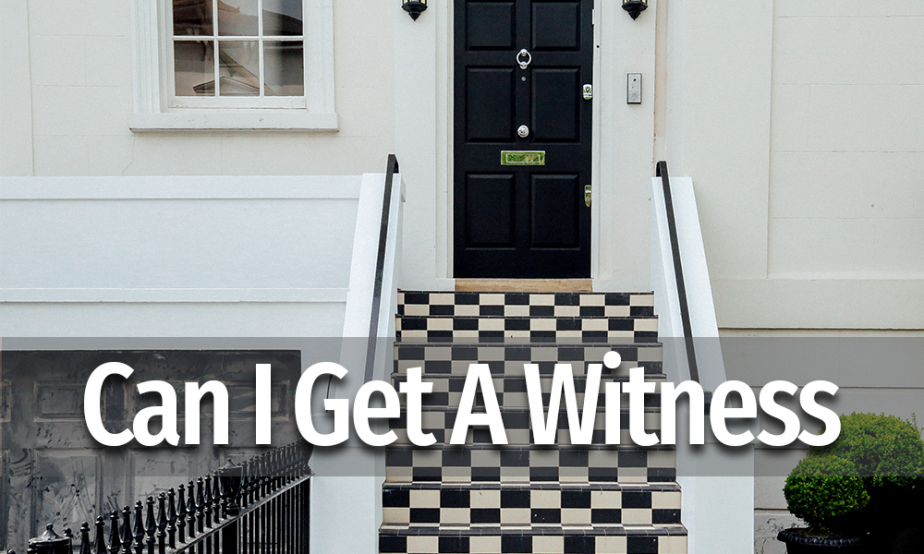 IN 1988 in Scotia, New York, Scott Isley felt an unusual tug on his heart to share the Good News door-to-door in his neighborhood. But he had never shared the Gospel with anyone, and he was afraid to do it. So he talked with his pastor, expecting him to share comforting words of wisdom. When his pastor heard what he and his wife wanted to do, he was ecstatic, but he had no idea how to help them. His response did not calm the Isleys’ fears.

Scott and his wife, Laurie, decided not to let fear stop them from reaching the unsaved. They walked out into their neighborhood and knocked on their first door. There they stood, waiting on the front porch, Bibles in hand and smiling. When their neighbor opened the door, the Isleys, with the Lord’s grace and the Holy Spirit’s help, shared the Good News with joy. Since then, that one knock has become thousands.

Scott, a 1996 Rhema USA graduate, and his wife have established High Impact Ministries to train churches to share the Good News effectively, with confidence and joy. During 27 years of going door-to-door, they have learned how to talk about Jesus Christ with people with many kinds of personalities. And they have seen thousands receive salvation, healing, and deliverance at the doorsteps of their homes.

“It’s about ministering to the community,” shared Laurie. “IT’S CARING ABOUT YOUR COMMUNITY ENOUGH TO SAY, ‘WHAT CAN I DO TO HELP OUR COMMUNITY? LET ME BE YOUR HANDS, LORD.'”

It’s caring about your community enough to say, ‘What can I do to help our community? Let me be your hands, Lord.Laurie Isley

Every Saturday morning and evening, the Isleys lead teams from Rhema Bible Church Broken Arrow, pastored by Kenneth W. Hagin, to go out and share the Gospel in the community. Scott and Laurie coordinate the church’s Residential Evangelism Outreach program. Since 2011 they and their fellow team members have reached more than 10,000 families.

One sunny Saturday, a Rhema team came upon an elderly woman working in her flowerbed and struck up a friendly conversation. As they spoke with her, they learned that she believed God had raised Jesus from the dead, but she had never confessed Him as her Lord and Savior. At her request, they prayed with her to receive Jesus as her Savior. Then, two houses down, they spoke with a teenage girl who gave her heart to the Lord.

The Isleys enjoy helping others go out confidently to share the Good News. Through High Impact Ministries, they have trained believers in churches and throughout the United States and into Central America to reach their neighbors with God’s love and His message of salvation.

Scott and Laurie have their hearts set on seeing millions of families touched by God’s love in communities throughout the United States and abroad. Their goal is to see 500 churches using their Can I Get a Witness? program. If each church reached 2,000 families a year, that could lead to a million families being touched annually.

“Pastor Hagin says that when the natural and the supernatural come together, it makes an explosive force for God,” shared Scott. “The supernatural is our praying as a church for people to come in, and God drawing them in. The natural is when we go out and get them.”

When ministering to people you don’t know, follow Jesus’ example: