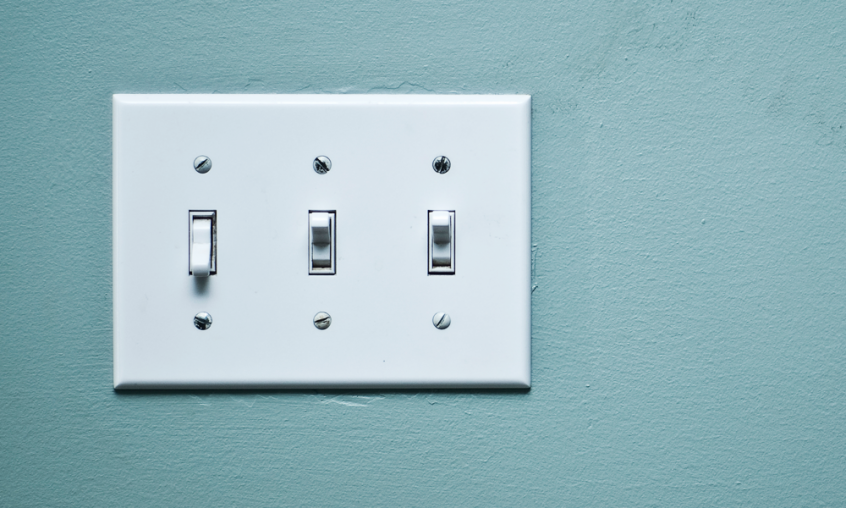 Faith is much like a switch. It doesn’t contain power in itself. But it’s what we use to activate God’s power. Faith gives action to the power.

The Apostle Paul knew how to activate God’s power. As we follow his example, we can have the same results.

When writing to the Corinthians, Paul said, “My speech and my preaching was not with enticing words of man’s wisdom, but in demonstration of the Spirit and of power” (1 Cor. 2:4). Whenever Paul spoke, he wanted people to experience God’s power.

As we exchange our strength for God’s and our ability for His, we’ll see His resurrection power begin to flow through us.

Throughout his ministry, Paul found himself in difficult situations. He was beaten with rods, stoned, and shipwrecked. Yet he was able to say, “Therefore I take pleasure in infirmities, in reproaches, in necessities, in persecutions, in distresses for Christ’s sake: FOR WHEN I AM WEAK, THEN AM I STRONG” (2 Cor. 12:10).

Paul was addicted to the power and strength of God. He came to know that God’s strength was available to him, and he relied on it. Many times he wouldn’t even make a demand on God’s strength until he came to the end of his.

Because God’s strength was so amazing to experience, instead of repelling hardships, Paul welcomed them. He boasted during those times, because in his weakness, God’s power would show up. Rather than abhorring bad situations, Paul craved to see what God would do.

The prophet Zechariah wrote, “Not by might, nor by power, but by my spirit, saith the Lord of hosts”
(Zech. 4:6). We can never rely on our own ability. We will never activate God’s power in our lives through our own might. In fact, the miracles recorded in the Bible happened when people didn’t have enough might.

What are we to do then? Paul tells us in Philippians 2:5 (NKJV), “Let this mind be in you which was also in Christ Jesus.”

How did Jesus think while He was on the earth?

6 Who, being in the form of God, did not consider it robbery to be equal with God,

7 but made Himself of no reputation, taking the form of a bondservant, and coming in the likeness of men.

8 And being found in appearance as a man, He humbled Himself and became obedient to the point of death, even the death of the cross.

Jesus’ ministry was so strong because He did only what the Father told Him to do. And in Jesus’ sweet yielding of not trying to be something, God was something through Jesus.

Jesus lived His entire life submitted to God. His submission didn’t start when they pounded nails into His hands and feet. It happened every day. And in that submission the Holy Spirit was able to work powerfully through Him!

God has a purpose and plan for each of us. It will take His resurrection power to fulfill that plan. We have to be raised into His places for us. We can’t get there and do everything He asks in our own strength and ability.

Paul bowed his knees to the Father. He spent time with God and was strengthened in his inner man. (See Eph. 3:14–21.) To experience God’s resurrection power, we must do the same. As we exchange our strength for God’s and our ability for His, we’ll see His resurrection power begin to flow through us.

Patsy and Tony Cameneti re-established Rhema Australia in 2009. To date, just under 1,000 people have graduated. The challenges of the worldwide pandemic in 2020 didn’t slow the school down. It simply revamped and moved to online training. The new format enabled some students to enroll who had not been able to attend in person.

[Editor’s Note: This article was adapted from one in the June/July 2014 issue of The Word of Faith.]