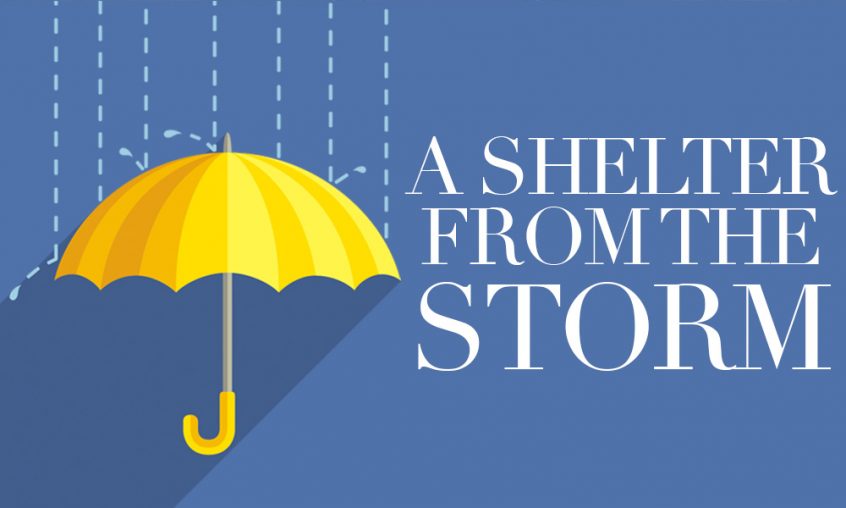 CARL AND BELINDA BENTON returned home to Louisiana after graduating from Rhema Bible Training College in 1989. As they were preparing to pioneer a church in Lafayette, they gave business cards to everyone they met. Despite their best efforts, word of mouth advertising wasn't enough. The Bentons needed a bigger platform to get the word out about their new church. God provided the perfect way.

At that time, Kenneth E. Hagin's radio program, Faith Seminar of the Air, was broadcast every morning in Lafayette. The Bentons began airing an ad about their church immediately after Brother Hagin's program. The ad made the church known to the community and drew many people to their doors.

For the past 28 years, Carl and Belinda have pastored Living Glory Church and have ministered God's unconditional love to Louisianans. They have seen God restore and heal the lost and hurting and have watched Him bring people through the storms of life.

From Broke to Prosperity

Every week when the church doors open, Carl teaches his congregation how to place their trust wholeheartedly in God's Word in any situation they encounter.

One couple that came to Living Glory Church was in great financial distress. At one time, they couldn't buy gas for a scheduled out-of-town trip. Carl graciously loaned them money. He also began teaching them God's principals of sowing and reaping.

Not having much money to give, the couple sowed what little they had and volunteered at the church. Over time, their financial situation turned around. It changed so much that they are now able to help people who are in similar situations as they were.

This is only one of the many families that have grabbed a hold of the truths of God's Word. Men and women once struggling to make ends meet are now thriving financially! Some have even started their own businesses. The Bentons have seen financial turnaround in the lives of many of their church members. Being doers of the Word turned the curse of poverty and brought believers to a place of abundance!

We wouldn't trade one day of being at Rhema. It was very valuable, not just for our lives but for helping other people as well.Belinda Benton

Living Glory Church is a place of prayer and intercession. In March 2015, God moved on Belinda's heart to begin a time of corporate prayer and intercession for the United States, government leaders, and for the upcoming election. A group of people answered the call to join her, and they have been meeting every Saturday morning for nearly three years. They are excited as they watch God move in America and believe that the nation's best days are before it.

Healing for the Youngest

Carl prays daily for the health of his church members, from the oldest to the newborn. He stands on God's promise that no weapon formed against his flock will prosper.
One time a 9-month-old baby had a large tumor in its abdomen. The baby's parents and the Bentons trusted that God, Who promises to heal every disease, would heal the child.

At several praise and worship services, Carl simply held the infant in his arms as he sang praises to God. He just worshipped the Lord as he cradled the baby. When the couple later took their infant back to the doctor, the physician told them the tumor was gone!

Sometime later, a woman in their church delivered her baby prematurely. Madilyn Grace arrived at 24 weeks—16 weeks before the due date—and weighed 1 pound, 10 ounces.

The mother had baby Madilyn on a Sunday morning and was in church the following Sunday. While she monitored her daughter through a live camera feed on her phone, she fed her faith in church and stood on the uncompromising Word of God.

The Bentons and the church congregation asked God for a miracle and stood on His Word daily. They watched Madilyn's progress as she slowly gained weight, and her immature lungs developed enough that she no longer needed mechanical ventilation to help her breathe. Three months later, a healthy Madilyn came home.

"She's a miracle," shares Belinda. "She comes to church all dressed up, and she pays attention when pastor preaches!"

The Bentons want to see their church members blessed in everything they do. At the end of every service, Carl and Belinda pronounce a blessing over them. "We pronounce that God's favor will go before them and that His glory is their rear guard. They're protected by the blood of Jesus wherever they are. And everything they put their hands to will prosper."

The Bentons are thankful for their time at Rhema Bible Training College. "Everything we learned really prepared us," shares Belinda. "We wouldn't trade one day of being at Rhema. It was very valuable, not just for our lives but for helping other people as well."

The excitement Carl and Belinda experienced when they first pioneered Living Glory Church has never waned. Isaiah 4:5–6 (NKJV) is a pillar scripture for the church. "For over all the glory, there will be a covering. And there will be a tabernacle for shade in the daytime from the heat, for a place of refuge, and for a shelter from the storm and rain." And in Lafayette, Living Glory Church is a safe refuge for many people.

In August 2017, Category 4 Hurricane Harvey ravaged southeast Texas. Its boisterous winds and torrential rain destroyed homes, businesses, and schools. In some areas, rainfall was up to 60 inches. After Texas, the destructive storm headed toward Louisiana. News reports predicted that it would be just as severe in Louisiana as it was in Texas.

While meteorologists were watching the storm, the Bentons and their church members were meeting on Saturdays to pray against it. They stood on Psalm 104:9 (AMPC), "You have set a boundary [for the waters] which they may not pass over, that they turn not again to deluge the earth." THEY SET A BOUNDARY LINE FOR ONE OF THE WORST HURRICANES TO HIT THE U.S. BY THE TIME HURRICANE HARVEY REACHED LOUISIANA, FORECASTERS DOWNGRADED IT TO A TROPICAL DEPRESSION.

"We speak to storms and send them to uninhabited areas," shares Belinda. "We had some church members that normally have flooding in their homes, but there was no flooding this time!"

Living Glory Church holds various outreaches to the community, including a barbeque for local police departments and spring and fall family festivals.

Living in God's Best, an outreach teaching ministry of Living Glory Church, is a weekly TV broadcast that airs Sunday mornings on the Acadiana Open Channel in Lafayette.

To learn more about Carl and Belinda Benton, go to thelivingglory.org.