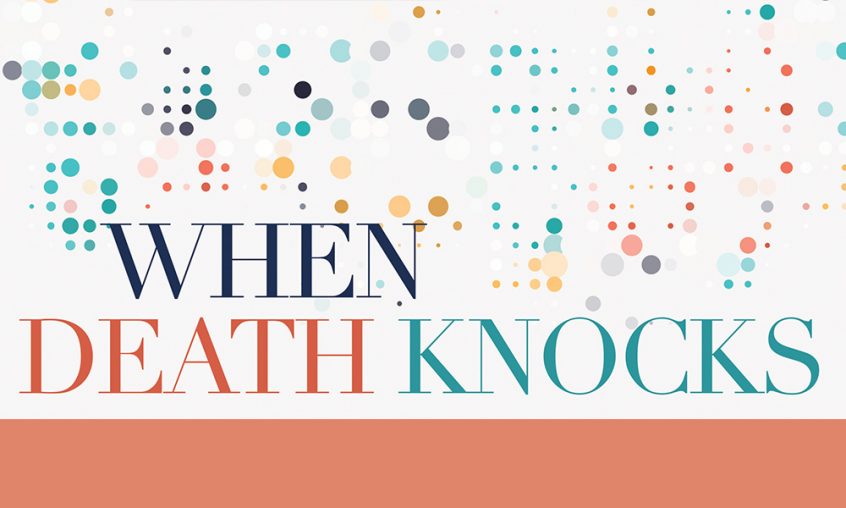 IN 1990, Kenneth Moore received the heartbreaking news that his father had died. Chronic obstructive pulmonary disease (COPD) had cut short his dad's life.

As Kenneth and his wife, Brenda, were leaving the church after the home going service, a thought passed through his mind, "You're going to go the same way."

Kenneth sloughed off the thought. After all, he graduated from Rhema Bible Training College in 1989 and was full of faith. In 2004, he even began

teaching at Rhema's Prayer and Healing Center in the morning Healing School. Kenneth was passionate about imparting God's healing truths to others. And he saw God move in miraculous ways in their lives. So he wasn't moved when that thought tried to find lodging in his mind.

A year or two later, Kenneth's brother died of COPD. Then a couple years after his brother died, a second brother also died of lung failure. Once again, those same words rang loud and clear in Kenneth's ears, "You're going to go the same way." It seemed as though the writing was on the wall.

In 2005, Kenneth began having breathing problems. He made an appointment to see his physician, and the report wasn't good. "You have asthma," shared the doctor. "It also looks like you have a little bit of COPD coming in." The doctor's diagnosis rocked him. There is no cure for COPD, and it seemed as though the voice of death was knocking at his door.

The doctor sent Kenneth home with a sack of medications and inhalers. He faithfully took the medications and regularly used the inhaler. But it wasn't long before he could no longer lie in bed and sleep. He slept upright in a recliner for two years. At times, when he got up in the middle of the night, he passed out from lack of oxygen.

Ministering to the Sick

Kenneth continued ministering to the sick at Rhema Healing School in the mornings. There came a day, however, when he felt like he had to stop.

"How can I stand before these people and tell them that by the stripes of Jesus Christ they are healed when I have to go in the back room and take a puff on my inhaler before I minister? I feel like a hypocrite."

"You're not going to quit."

In spite of how he felt, Kenneth relented and stayed true to his commitment. He continued ministering to the sick, even though he, too, was sick.

Finally, Kenneth had enough. He drew a line in the sand, so to speak. He was determined to get the victory over his breathing issues.

He sat in his recliner and decided to stay there until he was healed! He began meditating on Galatians 3:13—that he was redeemed from the curse of the law. He also listened to Kenneth E. Hagin's healing scriptures, as well as other tapes on healing.

At the end of the three days, he got out of the recliner healed! And 11 years later, 74-year-old Kenneth is still healed. His lungs are strong, and he can still inhale deep breaths of fresh air!

The disease has tried to come back on Kenneth many times, but he has firmly stood his ground and refused to let it get a foothold in his life. Both Brenda and he credit what they learned at Rhema for saving Kenneth's life. "Had I not been here," he says, "I would probably be dead by now. This ministry has impacted my life!"