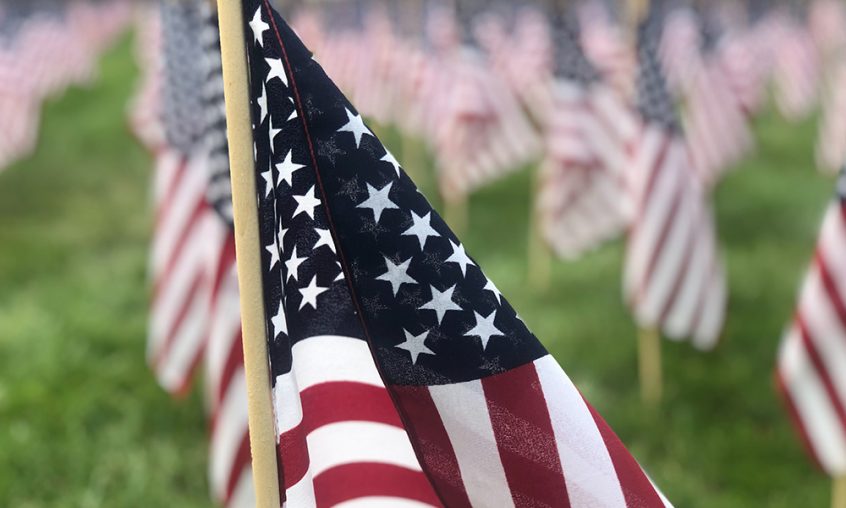 Memorial Day is a day of remembrance for those who have died in our nation's service. For many people, Memorial Day is just another day off. But for those who have lost loved ones in military action, it's a whole lot more. As our patriotic duty, every American should honor those who have spilled their blood to make America free and strong. Because men and women have died, we have the right today to preach the Word of God freely, to live at peace in our homes, and to pursue peace, prosperity, and happiness. Thank God for those who served and sacrificed to make us free!

President Abraham Lincoln wrote the following in his letter to a mother whom he was told had lost five sons during the Civil War. His words could easily be spoken today to those whose loved ones have sacrificed their lives for their country.

Memorial Day was first called Decoration Day. The first large observance was held on May 30, 1868, at Arlington National Cemetery. However, local springtime tributes to the Civil War dead already had been held in various places. One of the first occurred in Columbus, Mississippi, on April 25, 1866, when a group of women visited a cemetery to decorate the graves of Confederate soldiers who had fallen in battle at Shiloh. Nearby were the graves of Union soldiers, neglected because they were the enemy. Disturbed at the sight of the bare graves, the women placed some of their flowers on those graves as well.

To ensure the sacrifices of America’s fallen heroes are never forgotten, in December 2000 Congress passed and the president signed into law “The National Moment of Remembrance Act.” At 3 p.m. local time on Memorial Day, all Americans are encouraged to pause wherever they are for a minute of silence to remember and honor those who have died in service to the nation.

On Memorial Day the U.S. flag should be flown at half-staff from sunrise until noon. The flag should be briskly run up to the top of the staff before being lowered slowly to the half-staff position. At noon it should be raised briskly to the top of the staff until sunset, in honor of the nation’s battle heroes.
_____________
[Editor’s Note: Some items on this page have been adapted from information provided by the U.S. Department of Veterans Affairs. www.va.gov/opa/speceven/memday/]