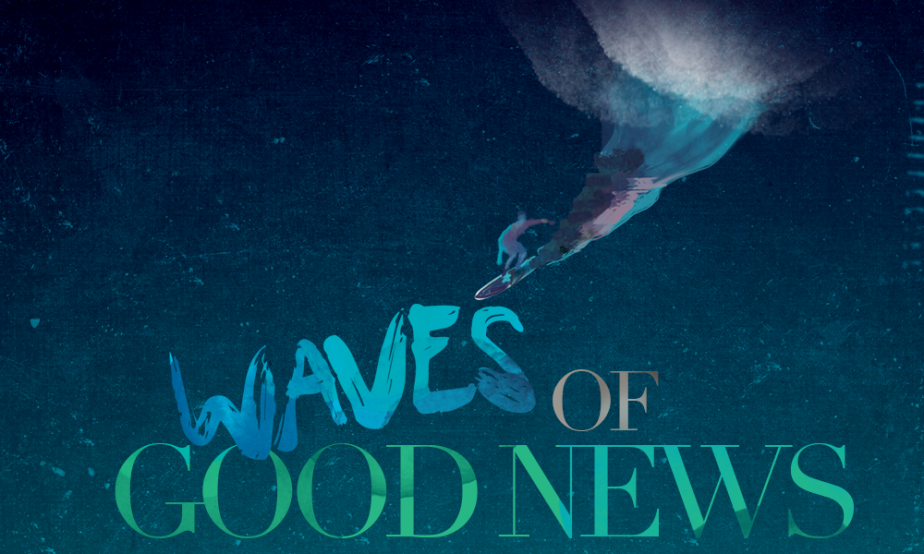 THE BEDROOM WALL of Cliff Graham’s oceanfront house in Kihei, Hawaii, was covered with pictures of extreme surfers catching and riding huge waves. Every morning when Cliff woke up, he would gaze at that wall, dreaming of one day achieving the same feats. The 20-something California native loved the ocean, beaches, and conquering the biggest waves. And his love for surfing eventually led him to the Lord.

Some time later—as an instructor in wind and wave surfing—Cliff sat on the sand at Kamaole Beach II watching the blue ocean waves come and go. His tide clock watch reminded him of the predictability of the tides. And he could know the exact times of sunrise and sunset. He realized that if left alone, the beach would take care of itself. But man-made things would rot if not kept up. There must be a Creator, he thought.

Cliff found a small Christian church on Maui and began to grow spiritually. He was diving into the waters of the living Word.

Cliff’s surfer friends noticed a change in him. He started talking about God and the Word. “What’s the matter with you?” his friends asked. He replied, “I don’t know. I got in contact with the living God. I can’t keep Him shut up. It’s almost like a fire.”

The more Cliff got to know God, the hungrier he grew for Him. During one church service, Cliff responded to an altar call. The Holy Spirit spoke to him and said, “Go to Tulsa and look at schools.” This young man who felt at home on a beach thought, “What’s in Oklahoma?”

Cliff lay facedown at the Rooker Memorial Auditorium altar and asked the Lord, “What’s Your goal for our life’s work?” As always, He responded. “He gave me a number that’s so outrageous, it keeps me going all the time,” Cliff said.

Cliff has ministered the Gospel in more than 50 countries. He and his wife, Christie, a 1996 Rhema graduate, met several years after Cliff graduated. Together they have established Unison Harvest International, a ministry that reaches youth all over the world with the Good News.

With more than half the world’s population under the age of 25, Cliff and Christie have a passion for telling youth, churches, and youth leaders about Jesus. “I love to minister to adults and children too,” Cliff said. “But I’ve been ministering for 25 years to youth, and my heart still breaks with compassion for the 14-to-25-year-olds and their leaders.” Cliff ministers to all ages, but with a focus on youth at camps, conferences, and campaigns. He also speaks at schools and youth rallies.

In one campaign in Pakistan, Cliff ministered to 10,000 people and 5,000 came to the Lord. Over 20,000 people attended a youth campaign in Nepal. The organizers had rented a 20-acre field for the event. For two or three months prior to the meetings, Cliff meditated on Luke 7:19–23, where Jesus told John the Baptist’s disciples that the miracles in His ministry verified Who He was. The youth were searching for God, and Cliff introduced them to Him.

In those meetings God confirmed His Word with signs following. Thousands of young people came to the Lord. There were healings, breakthroughs, and deliverances. A young boy who came in a wheelchair was touched by God’s healing power. He left pushing a family member in his wheelchair.

Cliff recently published his first book, Blueprint for a Dreamer. In it he helps others pinpoint their passion and go after their God-given dreams. Through God’s Word and his own testimony, he shares the best way to walk out those dreams.

Cliff’s passion to see young people come to know Jesus consumes him. He’s wholeheartedly following God’s blueprint for His life. He still pulls out his surfboard to ride ocean waves. But his greatest goal is to see people swept away by waves of Good News from a good God.

LEARN MORE To find out more about Cliff and Christie Graham, go to UnisonHarvest.com