The beginning stages of the next great move of God have already begun. The Lord is raising up ordinary people of all ages and backgrounds to bring about a Holy Spirit infused movement that will sweep the earth. It will be the greatest outpouring of God’s glory the world has ever seen.

Gideon demonstrated a pattern for this type of move. His story is found in the Book of Judges. The Israelites were handed over to their enemies because they did evil in the Lord’s sight. The once victorious children of Israel were hiding in caves fearful of the Midianites. Because the nation had turned away from God, their enemy prevailed.

The Israelites were tired of their condition and came to realize how far they had strayed. They cried out to God in repentance, and He responded to their cries. He sent prophets to correct them and give the people hope that something good was coming. This marked the beginning of a revival for Israel. Then God looked for a person he could use to bring His plan into the earth. That person was Gideon.

An angel appeared to Gideon and said, “The Lord is with you, you mighty man of valor!” (Judges 6:12 NKJV). Although Gideon was hiding in fear like everyone else, a fire burned inside him. He asked the angel, “If the Lord is with us, why then has all this happened to us?” (Judges 6:13 NKJV). Gideon had heard about the great acts God performed for their ancestors but wondered where the miracles were in his day. In essence, he was saying, “It should not be like this.” He wanted to see God move!

God is looking for yielded vessels who want to see their generation rocked by his presence and power.

The angel replied, “Go in this might of yours, and you shall save Israel from the hand of the Midianites. Have I not sent you?” (Judges 6:14 NKJV). Gideon began taking steps to follow the angel’s instructions, and the Lord used him to smite the Midianites and deliver his people.

The Israelites’ fear of their enemy reflects what is happening in the church world in recent years. The Church is hiding while the world is speaking loud and clear. Instead of the Church having a positive impact on society, people are turning to the world for deliverance.

For years, it has been prophesied that “a great move of God is coming.” That move is now! The Lord wants a harvest of souls. But the harvest won’t come if the Body of Christ is withdrawn from society and hidden in churches.

How do we change our generation and take back what the devil has stolen? First, we must cry out to God and repent. Second, we need to pray. There has never been a revival that was not preceded by much prayer and repentance. Third, we have to prepare ourselves. That includes getting rid of anything—even good things—that suppress our hunger for God.

Movements don’t begin by someone waking up and saying, “Let’s start a movement today.” They start with believers who get on fire for God, answer the call, and go out and win souls.

It’s time to believe God for the impossible. Let’s believe Him for entire cities and nations. People need to know that God is real, Jesus is Lord, and that His Name still has power. The problem is not on the Lord’s end. He wants to do miracles in our generation. We have to hunger for it. Let’s start by praying the following:

[Editor’s Note: Kirk DuBois is an instructor at Rhema Bible Training College. This article was adapted from his WBS 2020 message.] 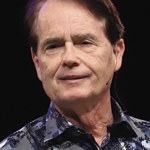