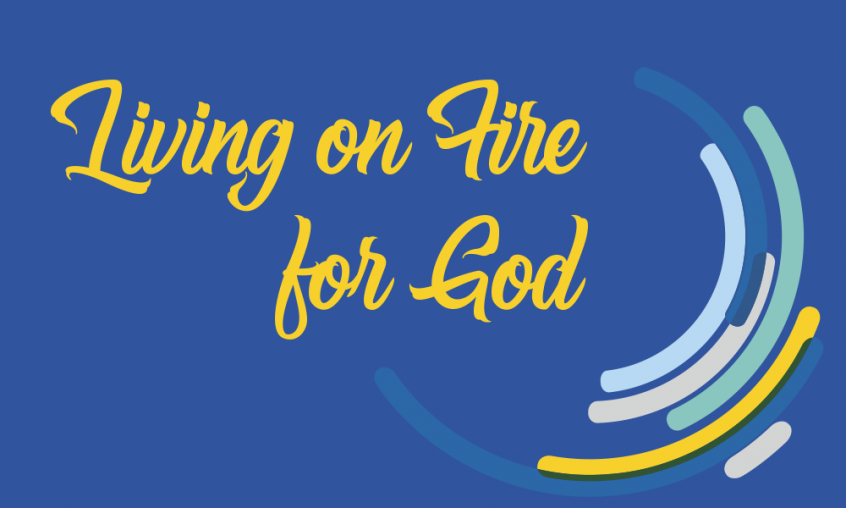 Living on Fire for God

It is possible to be a Christian who is not zealous for God. You see this in believers who are serving the Lord but aren’t happy. They don’t have any enthusiasm, joy, or passion. Their service to God is burdensome, and their attitude is indifferent.

A person who lacks zeal is spiritually apathetic. The word apathy means “a state of indifference, or the suppression of emotions such as concern, excitement, motivation, and passion.”

An apathetic person goes through the motions without the emotions. They have an “I couldn’t care less” attitude. The things of God are boring to them.

The Apostle Paul warned the Church against this. He told them to “never be lacking in zeal, but keep your spiritual fervor, serving the Lord” (Rom. 12:11 NIV). This is similar to what Jesus said to the Laodiceans in the Book of Revelation. What He said to the Laodicean Christians then is what He is still saying to believers now!

15 I know your works, that you are neither cold nor hot. I could wish you were cold or hot.

16 So then, because you are lukewarm, and neither cold nor hot, I will vomit you out of My mouth.

19 As many as I love, I rebuke and chasten. Therefore be zealous and repent.

How do we become on fire for God? By allowing Him to burn inside of us.Darren Wray

For a long time, I didn’t understand these verses. It seemed that being lukewarm was better than being cold. But Jesus said He preferred Christians either to be hot or cold over being lukewarm! Have you ever heard someone say, “That makes me want to puke?” That’s basically what Jesus said about apathetic Christians.

The Church in Laodicea was dull to the things of God and God Himself. They were doing religious activities, but they weren’t connected to their Heavenly Father. In verse 19, Jesus told them to repent of their lack of zeal. We too need to repent if we fall into that category.

It’s possible to be involved in church activities and be lukewarm. Just because you go to church and kneel in prayer or because you serve as an usher or music minister doesn’t necessarily mean you’re intimate with the Lord. In other words, you don’t have to be backslidden to be apathetic.

People who are indifferent to the things of God are in a state of spiritual sleep. God may be speaking to them, and His anointing may be on or around them. However, they don’t perceive it because they’re disconnected.

This isn’t acceptable to God. He wants His people to serve Him with fervency. The word fervent comes from the Greek word zeo. It means “to be hot to the point of boiling.” How do we become on fire for God? By allowing Him to burn inside us. That won’t happen if we only speak to Him periodically or read a Bible verse occasionally.

Some Christians are not fervent because their relationship with God is superficial. They jump in the fire for a short time and then jump out. Nothing much happens because they don’t spend enough time in the fire.

Becoming fervent is not a complicated process. You just have to spend enough time with Jesus. When you put a pot of water on the stove, nothing happens immediately. Over time, the flame causes the water to boil.

Being fervent is not so much about what you do. It’s more about how long and where you position yourself. Like the pot of water, if you sit on God’s flame long enough, the things of God will begin to bubble up. The passion, zeal, and excitement for God will start to flow in you and ultimately pour out of you.

Whether you’ve been born again for one day or 30 years, you need to be on fire for God! Decide that you’re not going to be spiritually apathetic. Allow God to boil your water and stir you up. Then serve Him every day with excitement and passion!