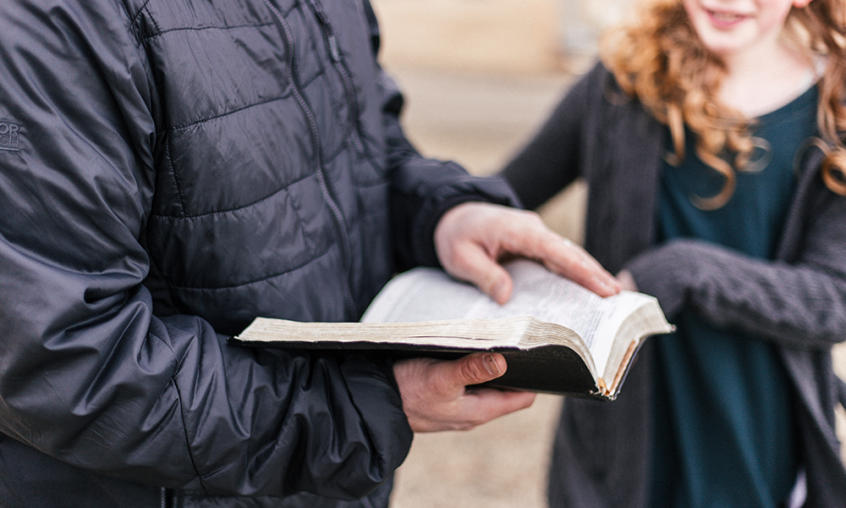 A home is not only a place where a family lives; but it is also a training center, with the parents as the primary instructors. If you don’t teach your children about God and His value system, most likely they won’t follow after Him and His ways. But before any effective instruction can be given, a solid relationship must be developed between you and your children.

To understand God’s intentions for the family, we must first go back to the Book of Beginnings.

26  Then God said, “Let us make man in our image, in our likeness, and let them rule over the fish of the sea and the birds of the air, over the livestock, over all the earth, and over all the creatures that move along the ground.

27  So God created man in his own image, in the image of God he created him; male and female he created them.

28  God blessed them and said to them, “Be fruitful and increase in number; fill the earth and subdue it. . . .”

In God’s plan for the family, He created a man and a woman and told them to “be fruitful.” In other words, He wanted them to have children and to establish a family.

In the beginning, the home was where people were trained to walk with God. I believe that God looks at the home as a “training center.” It is a place where parents are supposed to train their children in the ways of the Lord.

Later, on Mount Sinai, God instructed the Israelites on how to keep His ways:

6  These commandments that I give you today are to be upon your hearts.

7  Impress them on your children. Talk about them when you sit at home and when you walk along the road, when you lie down and when you get up.

According to this passage, if we want to keep God’s ways, we must impress God’s commands upon our hearts and upon the hearts of our children. How do we do that? Verse 7 says we’re to talk about God’s commands throughout our everyday life.

The Bible is God’s textbook for His value system. In it, we learn everything there is about life, godliness, and character (2 Peter 1:3). It shows us how to live a happy, more abundant life (John 10:10). 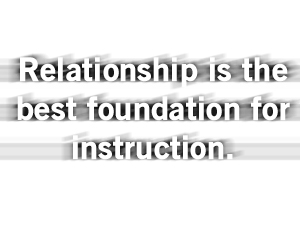 Some parents only set aside a short period of time each day to give their kids a Bible lesson—usually a short devotional before bedtime. But according to Deuteronomy 6:6–7, God wants us to use every opportunity throughout the day to instruct our children in the ways of the Lord.

Children are products of their environment. They will do what they see you doing, in spite of what you say to them. By that I mean, if you say one thing but do something else, they will follow your actions, not your words.

For example, if your children are yelling at each other and you tell them to sit down and talk things out, they won’t heed your instructions if they have consistently observed you and your spouse yelling at each other instead of calmly talking. If parents resolve a matter by one storming out of the house and the other retreating to the bedroom in tears, this is the way your children will resolve conflict.

Unfortunately, too many parents teach by the philosophy, “Do as I say but not as I do.” This philosophy sends the children mixed messages. The following poem by Dorothy Law Nolte accurately illustrates how children learn:

Growing up, I learned by the daily examples I saw in my parents and grandparents. Before he passed away, my grandfather, Papa Rooker, used to tell me, “You’re only as good as your word. If your word is no good, you’re a scoundrel.” He went on to say, “If I give a man my word and shake hands with him, I will do what I said, even if it costs me money out of my pocket.”

Papa Rooker was a man of integrity, and he taught integrity to his children and to his grandchildren—not only with his words but also with his actions. My father lived this way too. I not only heard my grandfather and father instruct me about integrity, but I also saw them follow through on their word. And as a result, I am like that as well. If I give you my word on something, you can count on it being done.

A living example is the best way to teach godly principles and pass them down from generation to generation. Unfortunately, in America today, we are vastly lacking in character and integrity. And this is because godly principles are not being taught in the home.

When your kids are a priority in your life and you make time for them and let them know how much you love and appreciate them, you will be able to talk to them about anything. Then when it comes time for you to discipline them or steer them in a godly direction, they will be more inclined to listen to what you have to say rather than rebel against your advice and correction. But if you just establish a set of rules in your house without first developing a relationship with your children, your children will rebel instead of following after the ways of God. 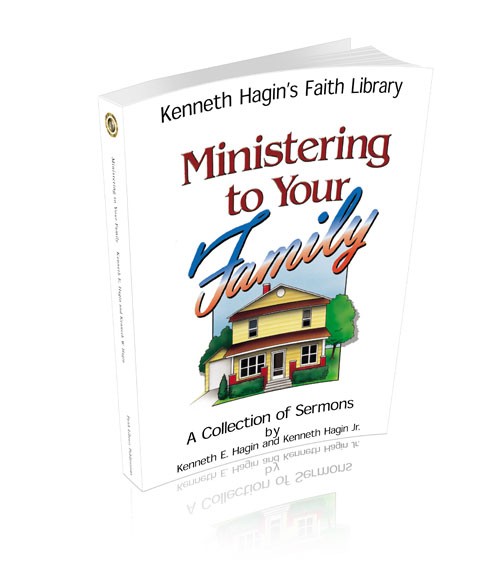