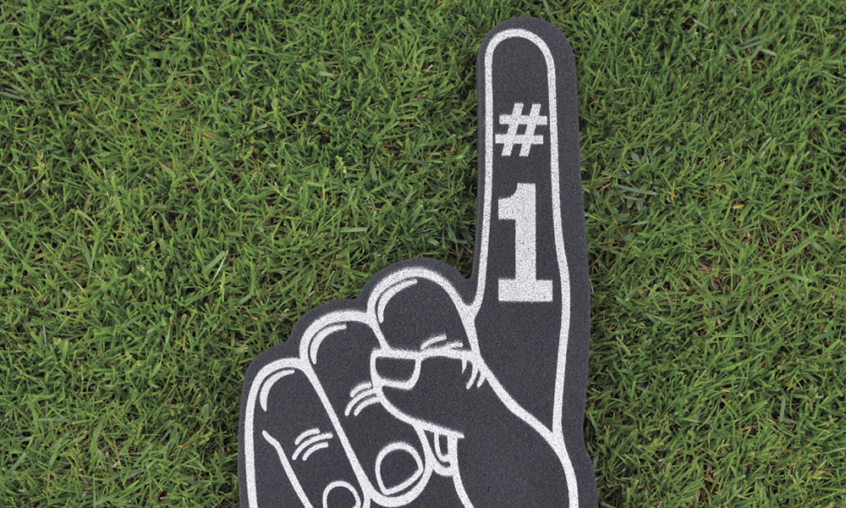 Some of the craziest people I know are football fans. Have you seen the ones painted in team colors and screaming into the TV cameras? They don’t care what anyone thinks because they act crazy in public. But I’ll give them this: they are seriously all in!

The Bible also has people who are all in. In the Book of Daniel, King Nebuchadnezzar built a huge statue of gold and assembled a band. When the music played, everyone was supposed to worship the idol. But three people didn’t: Shadrach, Meshach, and Abednego.

Some tattletales went to the king. He was furious and had the three young men brought before him. Nebuchadnezzar asked them if what he heard was true. Because the king liked them, he gave them one more chance to bow down to the idol or be thrown into a fiery furnace.

Daniel 3:16–18 (MSG) records their answer: “Your threat means nothing to us. If you throw us in the fire, the God we serve can rescue us from your roaring furnace and anything else you might cook up, O king. But even if he doesn’t, it wouldn’t make a bit of difference, O king. We still wouldn’t serve your gods or worship the gold statue you set up.”

All they had to do was bow, but they chose to be all in. I love how Shadrach, Meshach, and Abednego spoke their faith and had the commitment to back it up! They didn’t care what people thought or if it meant they would die. They never gave in to fear. Would we choose the same thing?

Here’s the question: Does our commitment level match our faith?

How Committed Are You?

Here’s the question: Does our commitment level match our faith? We love God and know He heals, saves, and meets our needs. We go to church and worship Him. But do we bow down to peer pressure? Do we think, “What can it hurt? I’ll just ask God for forgiveness later, and it will be fine. First John 1:9!”?

Situations will come against our commitment to Christ and try to keep us from going all the way. Maybe we have heard people say of others, “They’re religious. Stay away from them!” And we think, “I don’t want to be the weird one!” But really, who cares?

So what if people think we are weird? What does it matter if we are labeled a Jesus freak? Being all in is more important than that. Jesus needs us to be a light to those around us. We will never bring others to Christ by compromising our commitment to God.

What if Shadrach, Meshach, and Abednego had said, “We want all these people to serve God. Here’s an idea. We will worship their idol, so they can see we are like them. Then we will ask them to become like us.” Would that have worked? No.

Likewise, when we act like the crowd and go against what the Bible teaches, we can’t turn around and say, “Hey, come to church.” That never works.

When I was a young teenager, I was a cheerleader and had a cheer squad slumber party at my house. All the girls were in the popular crowd. Because my dad was a pastor, they asked me questions. For a while, it was cool. But then they wanted to have a séance with the Ouija board one of the girls brought.

My mind went crazy with thoughts, “What am I going to do? If I tell them we can’t do this, they’ll tell all the football players. I’ll eat lunch alone for the rest of my life. Everybody will hate me, and I won’t have any friends!”

They were stunned. “Why?”

“It goes against what I believe. This is like witchcraft, and I just don’t do that. It gets into the spirit realm.”

At first they laughed and had a “Whatever!” attitude. My friends wouldn’t listen to my protests. Not knowing what to do, I started to pray in tongues under my breath.

One girl saw me and asked, “What are you doing?”

My mind went crazy again, but I said, “I’m praying in tongues.”

They didn’t know what that was, so I explained it was a special language with God—that it was supernatural. Instead of making fun of me, they were interested and asked, “You know how to reach the supernatural?”

What I thought would be horrible turned out to be pretty cool. I was able to get some of my friends saved and filled with the Spirit.

But I had a choice to make. I was either going to be all in or give in. I chose to be all in—even if it meant having no friends. But here’s the key: we cannot wait until we face pressure to decide what to do.

Shadrach, Meshach, and Abednego had decided to follow the God of Israel long before they faced the fiery furnace (Dan. 1:6–16). And we must do the same thing. Our decision must be made long before the opportunity to compromise our faith presents itself.

Deciding to be all in for God can’t be based on emotion. If it is, it’s too easy to turn from our beliefs when it gets rough. Being all in is a serious, lifelong commitment. When pressure comes, what are we willing to do? Are we prepared to suffer and be outcasts? Are we ready to give our lives for a relationship with Jesus?

Jesus was all in for us. He was human and had feelings just as we do. He faced peer pressure, fear, emotions, and thoughts—to the point of death. Can you imagine Him on the cross? Don’t you think He was afraid to die? He knew exactly what was going to happen! His emotions were probably going crazy, but He didn’t give in.

Let’s be all in for Jesus. Who cares what people think! Let’s be intentional about being a light to those in darkness. We can’t wait until we are under pressure to figure out what we will do. We must commit now, live what we believe, and God will honor us.

Visit rhema.org/studycenter to feed your faith and stay strong in God. You’ll find free downloads, online articles on a variety of topics, daily devotionals, and more! 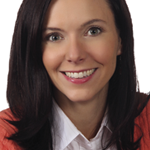