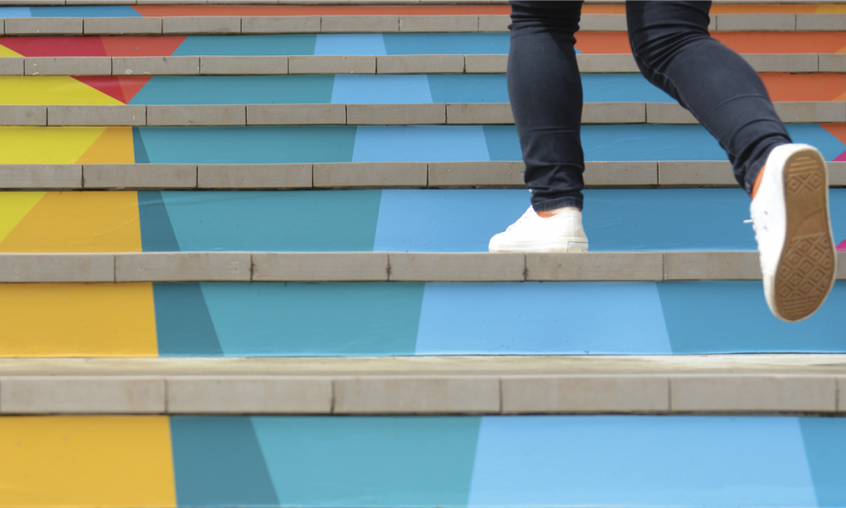 God called Abraham to a place he had never been before. To a land far from his relatives, friends, home, and comfort zone (Gen. 12:1). That one step of obedience led to great blessings in his life and the redemption of others.

God called 46 international students to Rhema this year. They came to train for the ministry and become grounded in the message of faith. The knowledge imparted to them is what they will carry to their countries, which translates to the salvation of many souls. These are a few of their stories.

Surrendering to God’s Will

“What kind of animals did you have in your backyard?” “Do you speak African?” Wisdom Dafeamekpor of Ghana sometimes is taken aback by the questions he gets from Americans. Contrary to popular beliefs, he did not have any wild animals as pets—just dogs like most people.

Wisdom grew up in a Christian home in Accra, the capital city. “The living experiences aren’t much different [than the U.S.],” he shared. “Fortunately, my family was blessed to send my siblings and me to good private schools. We didn’t lack much. Once you have the internet and TV, you’re connected all over the world.”

Although Wisdom prospered in his career, a desire to preach the Gospel wouldn’t go away. He resisted God’s gentle nudge to go into ministry for a time. Eventually, one day at a church service, he surrendered his plans to the Lord. Wisdom returned to Ghana and ministered in his father’s church for a season before transitioning to Rhema Bible Training College.

Wisdom is enjoying his second year at Rhema. When he returns to West Africa, he plans on serving in his father’s church. “I hope to reach the poor, underprivileged, and abandoned parts of the world, and not just Ghana, with the true message of salvation,” he says.

When Mica Marcal was eight years old, her dad moved their family from Brazil to Florida to grow his IT business. Mica fell in love with America and wanted to live in the States forever. Her dreams were crushed on September 11, 2001.

“We had two months to sell everything and move to Brazil,” Mica shared. As they were flying to South America, Mica nudged her dad and said, “When I’m 18, I’m going to move back here and go to a university.”

Although it seemed like an impossible dream to reach, during her senior year of high school, she was accepted at Utah Valley University. “My mom and dad moved Heaven and earth to get me to Utah,” she says. “My dad sold water bottles at the beach to get money to send me to pay for my bachelors.” Mica earned a bachelor’s degree in film and communications.

As her return to Brazil was nearing, a friend encouraged her to read Plans, Purposes, and Pursuits by Kenneth E. Hagin. “That book wrecked me,” she shares. “I lived my entire life trying to please God, but not once did I ask Him what He wanted me to do.”

Mica had never heard of Rhema Bible Training College, but when she began seeking God’s plan for her life, that’s exactly where He led her. Today, she is a third-year student in the Student Ministries program and has grown tremendously. “I never fully understood who I am as a child of God and what I could have. Now, I feel like I can do everything through God because of my relationship in Him.”

“I hope to reach the poor, underprivileged, and abandoned parts of the world with the true message of salvation.” Wisdom Dafeamekpor

Escaping to a Better Future

Fabrice Dogbo’s once peaceful life in the Ivory Coast felt like a war zone in 2003. A year earlier, a political and religious uprising gave birth to the First Ivorian Civil War. The violence never stopped. Rebel forces attacked major cities. Violence filled the streets as armed rebels’ oppressed civilians. Citizens were killed and homes destroyed. Day by day people fled to places of safety. Fabrice fled to the United States.

Fabrice dreamed of a better life and wanted a college education. He was only 20 when he arrived in the U.S.—he was alone. He studied at Indiana State University—first to learn English and then to work toward a degree. Fabrice eventually moved to Oklahoma to enjoy the lower cost of living. He reached his educational goals and earned two master degrees. He also taught college-level courses.

While in college, Fabrice became part of a men’s Christian Bible study where he taught them how to hear God for themselves. One guy in the group felt God had more for Fabrice to do and suggested that he check out Rhema.

At first, Fabrice resisted the idea of attending Rhema. But he realized that God knew best, and he trusted Him. In 2016, Fabrice answered God’s call and enrolled in RBTC. Now a fourth-year student, Fabrice has a great love for the lost. He also enjoys ushering and serving the Hagins. “I’m very grateful for what God has done in my life,” he says.

A Heart for God

Christiana Ravi’s ex-boyfriend was possessive and abusive. She felt trapped in the relationship and desperately wanted to escape. One night, he held an iron to her head, and Christiana thought he would kill her. Inwardly she cried out, “God, if You’re there, please speak to me.” She heard a voice say, “Fake a panic attack.”

“I can’t breathe! I can’t breathe!” Christiana cried. Then her ex-boyfriend panicked and told her to leave. Not only did she leave his apartment, she also left Singapore.

Christiana began working at Emirates Airlines as an airline attendant, moved to Dubai, and traveled the world for three years. “At the airline is where I grew with God,” she shares. “I felt God’s presence. He taught me how to have compassion for passengers and love people of different cultures.” As opportunities opened, Christiana shared the Gospel, and Muslims and Buddhists came to the Lord.

Captivated by God’s love for the lost, Christiana wanted to serve Him full time. At the end of her contract, she began looking at Bible colleges to attend. Christiana felt the Lord leading her to
attend Rhema Bible Training College. She started in January 2018.

Now a second-year student in the Itinerant Ministry program, Christiana is falling more in love with God. “My mind is being unlocked to the power of God’s Word,” she says. “I have never seen the Bible the way I have until now.” As a member of Rhema Bible Church, Christiana serves on the nursing home ministry team, on the prayer lines, in Prayer School, and sings in the choir. “When I feel how much God loves people and feel His heart for them, it drives me to want to serve deeper.”