HAVE YOU EVER faced a hopeless situation where there appeared to be no way out? You may have felt overwhelmed and did not know what to do. In the middle of a fiery trial, we do not have to be afraid or discouraged. We can stand strong as we walk through adversity. More importantly, we can come out of any trial victoriously. God's Word shows us how to get through difficulties. It starts with trust. We see how to do this from Proverbs 3:5–6 (NKJV).

Trust in the Lord With All Your Heart

We can count on God in any situation. Jesus said in Mark 11:22 to "Have faith in God." In other words, the first step is to trust God with everything we've got. There should never be a Plan B.

Think about it. Our trust is in the God Who created the earth and made man from the dust of the ground. If the God Who formed the world from nothing can't take care of our problems, then no one else can. He is saying to us, "Just trust Me. Let Me work it out for you."

Lean Not to Your Own Understanding

Sometimes we have learned so much that our intellect hinders us from fully trusting God. We've seen how other things have worked out. And when we look at our situation, it doesn't seem to be good.

But there isn't any place in the Bible where it tells us to make something happen. We are simply told to believe. In fact, "All things are possible to him who believes" (Mark 9:23 NKJV).

Whenever our brains begin to wonder how our situation is going to turn around, we need to remember that it is above our "pay grade" to know the answer! In other words, it's God's job to work it out.

In All Your Ways Acknowledge Him

One thing is certain: God cannot and will not fail. Because of this, we can lift our voices and praise Him. In the middle of hardship, we need to remind ourselves of what God has already done for us. He's gotten us through adversity in the past, and He'll do it again. We can thank Him because we know that "he shall direct [our] paths"(Prov. 3:6b NKJV). He will guide us to victory.

The power in us is greater than any power coming against us.Craig W. Hagin

The story of Shadrach, Meshach, and Abed-Nego is an example of how to trust God when facing the "fire." At that time, the Israelites were in captivity in Babylon. And King Nebuchadnezzar—let's call him King Neb—ruled Babylon. (See Daniel chapter 3 NKJV.)

One day King Neb made an image of gold that was around 90 feet tall and nine feet wide. The people were supposed to worship the idol. At the sound of music, everyone was to bow and worship the gold image. If they didn't, they would be thrown into a burning fiery furnace.

All the people obeyed the king's orders except Shadrach, Meshach, and Abed-Nego. Some tattletales in the crowd quickly reported this. Although King Neb liked the three young men, when he heard this, he was furious. He commanded them to be brought before him.

"Is it true, Shadrach, Meshach, and Abed-Nego, that you do not serve my gods or worship the gold image which I have set up?" (v. 14 NKJV), the king asked. He gave them a second chance to worship the gold image but warned, "If you do not worship, you shall be cast immediately into the midst of a burning fiery furnace. And who is the god who will deliver you from my hands?" (vs. 15 NKJV).

Shadrach, Meshach, and Abed-Nego answered. "O Nebuchadnezzar, we have no need to answer you in this matter. If that is the case, our God whom we serve is able to deliver us from the burning fiery furnace, and He will deliver us from your hand, O king. But if not, let it be known to you, O king, that we do not serve your gods, nor will we worship the gold image which you have set up" (vv. 16–18 NKJV).

King Neb became more enraged. He commanded the furnace to be heated seven times hotter than usual. His officers bound and cast the young men into the fiery furnace. When they fell into the furnace, all the onlookers thought they had died.

But a surprised king said, "I see four men loose, walking in the midst of the fire; and they are not hurt, and the form of the fourth is like the Son of God" (v. 25 NKJV).

The fire did not harm Shadrach, Meshach, and Abed-Nego. Scripture says, "The hair of their head was not singed nor were their garments affected, and the smell of fire was not on them" (vs. 27 NKJV).

As a result of these young men getting thrown into the fiery furnace, King Neb recognized that their God saved them. It took the fire for him to realize this! Although it looked like Shadrach, Meshach, and Abed-Nego were destined to die, in the end, the king promoted them.

God Is With Us

Many times when we are facing a fiery furnace, we fervently pray that God would keep us out of it. Praying this way shows that we're focused on the wrong thing. The fire that we see appears bigger than Jesus Whom we don't see!

Our mindset needs to be that "greater is He that is in [us], than he that is in the world" (1 John 4:4). The power in us is greater than any power coming against us.

Know that God is with us in every fiery trial. As we trust Him, stand on His promises, and give Him thanks, He will direct our paths to victory. And others will marvel and see what an awesome God we serve. 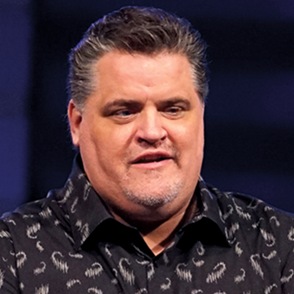